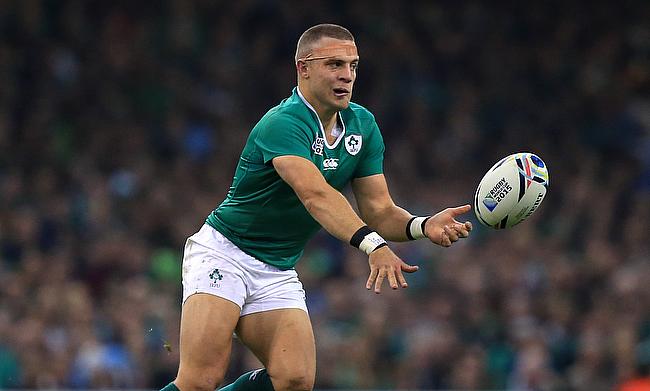 Ian Madigan was part of the winning side
©PA

Bristol Bears secured another vital victory as they edged out Gloucester Rugby 28-24 in the 15th round of the Gallagher Premiership club at Ashton Gate on Friday.

The win has taken Bristol to the ninth position with 30 points - stretching their lead over bottom-placed Newcastle Falcons to 13 points while Gloucester continue to remain at fourth place with 41 points.

Charles Piutau breached the defence of Gloucester following which a combination of Steven Luata and Luke Daniels sent Dan Thomas for the opening try in just 82 seconds.

The Cherry and Whites' response came when a combination of Billy Twelvetrees and Danny Cipriani allowed Jason Woodward to a touchdown in the 16th minute before Billy Twelvetrees' conversion gave the visitors a two-point lead.

Though, Bristol ensured they had an 11-7 lead before the break when Callum Sheedy kicked penalty goals in the 25th and 36th minutes.

Twelvetrees reduced the gap to one point with his early penalty pick in the second half before a counter-attack from Bristol saw Andy Uren dive over the line in the 46th minute and Ian Madigan improved it.

Nevertheless, Gloucester had control by the end of the third quarter following back to back tries from Tom Marshall and Ollie Thorley and the conversions from Twelvetrees made the scoreline 18-24.

Just when Gloucester looked in control, before Woodward was sin-binned in the 63rd minute when he slapped down a ball in the tackle and minutes later it was Ed Slater's turn to be yellow-carded that also resulted in a penalty try for Bristol to take the scoreline 25-24.

Being down to 13-men for the most part of the final quarter, Gloucester could not add any more points after Twelvetrees missed a shot at the goal but Madigan with a three-pointer in the 79th minute ensured Bristol secured a 28-24 win.