Gallagher launches hunt for 'Rugby Club of the Season' 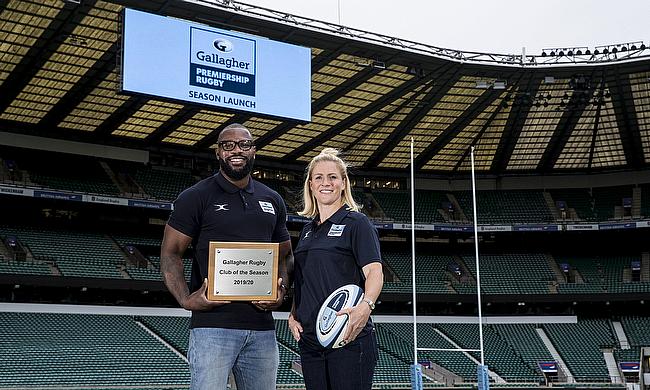 The official title partner of Premiership Rugby and community insurance broker Gallagher are on the search for the inaugural 'Rugby Club of the Season’ to inspire the young and next-generation players.

The clubs ranging from all ages and abilities are eligible to take part in the competition with the announced winner is set to have a skills-sharpening training session with stars from their local Gallagher Premiership club, Gilbert training equipment worth up to £3000, 100 tickets to the 2020 Gallagher Premiership Final and a business-focused event to help the club and community.

The judging panel comprises of rugby legends and Gallagher ambassadors Ugo Monye and Danielle Waterman alongside representatives from Gallagher and Premiership Rugby. A public voting will also take place through social media as it will also be a contributing factor in deciding the winner.

For clubs to win they need to showcase their contribution to the local community both on and off the field and also exhibit their ability to give opportunities to players across age, gender, ethnicity and ability.

Former England Women international and winner of the 2014 World Cup Waterman praised the initiative of Gallagher on encouraging the grassroots clubs of the game.

“Active, engaged and ambitious community-based rugby is the ultimate lifeblood of the professional game. Without grassroots clubs inspiring the next generation of players and new waves of fans, fierce-fought competitions like Gallagher Premiership Rugby would not exist.

"So I’ll be on the lookout for clubs that demonstrate how integral they are to their local communities and are finding innovative ways of growing and maintaining support.”

Meanwhile, Harlequins star and former England international Monye believes the move will inspire the aspiring clubs and players along with it.

“Grassroots rugby clubs are the start of so many people’s journeys. They introduce individuals to the core values of rugby and provide a foundation of skills – not just for on-pitch playing but helping them to face the various challenges life brings by building confidence, respect, resilience and a sense of community.

"So it’s really important we recognise the incredible work they do and the inclusive way they encourage participation in the game.”

Do you think your club has a good chance to win the competition? Participate in the contest by clicking here.