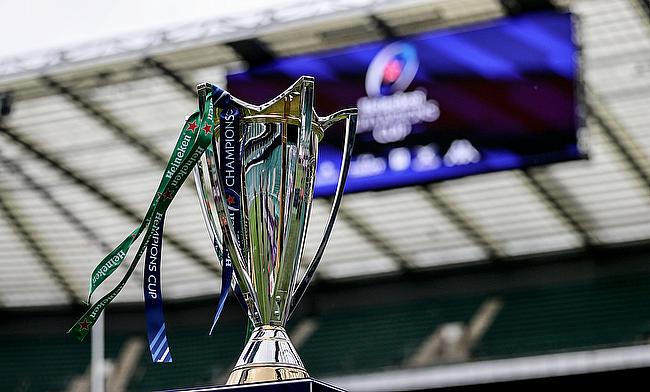 Lewis Moody Interview: It feels like there is a new boss in town
‘Uncomplicated and exceptional’ - Tom Pearson: BUCS Super Rugby’s latest graduate
Scarlets urge EPCR to allow rescheduling of games
Josh McNally Exclusive: “We are not making life easy for ourselves”

Already this season’s Champions Cup has been making headlines. This is largely due to members of playing and coaching staff with Cardiff Rugby and Munster Rugby having been stranded in South Africa following the Omicron outbreak.

In response to this, the EPCR have said that player registration rules have been relaxed in order for the teams to fulfil their fixtures at the weekend. Scarlets have had their issues leaving the southern hemisphere also, as has the Challenge Cup’s Zebre Parma.

Scarlets are staying at a hotel outside of Belfast, whilst Munster have returned to Ireland, Zebre to Italy and Cardiff only managed to leave Cape Town on Friday.

With squads having had Covid-19 breakouts and the Welsh Government stating that the squads returning from South Africa had to see out the full 10 days of isolation, the organisers of the continental competition have allowed for an ‘unlimited number of previously unregistered players’.

How exactly Cardiff, Scarlets and Munster will line-up in their fixtures against Toulouse, Bristol Bears and Wasps is uncertain, but all that can be said is the biggest show in rugby is back.

In May, Toulouse lifted the Champions Cup for the fifth time in the competition’s history. Overcoming La Rochelle 22-17 at Twickenham, Ugo Mola’s side no doubt helped by Levani Botia’s 27th minute red card, but were nonetheless the champions-elect given their efforts up to that point.

No changing of the guard was confirmed, the French side proving beyond doubt their pedigree in Europe and once more must prove themselves in this new campaign. Opening up their defence with a visit to Cardiff in Pool B, where they will also play Wasps.

With the top eight of the 12-team group qualifying for the next round, there can be no errors made in the four Pool fixtures.

“I’m lucky to have a group of rather exceptional players who still want to pit themselves against the best teams,” Mola said.

“I hope we’ll be able to continue to do battle against the best and be capable of beating them, which isn’t always easy. We’ll try to give ourselves the best chance to operate at the highest level in this competition.

“We know that the smallest of mistakes will be costly, and that this ‘sprint’ will start in the match against Cardiff. We won’t be able to afford to make any mistakes.”

If losing to Toulouse in the Champions Cup Final wasn’t bad enough for Toulouse, a month later Ronan O’Gara and his players had déjà vu just over a month later. At the Stade de France, Thomas Ramos and Cheslin Kolbe guided Toulouse to their 21st domestic crown.

As things stand in the Top 14, Toulouse have maintained their good form, sitting second in the league, just two points behind Bordeaux. In contrast, La Rochelle are eleven points behind their tormentors in fifth, level on points with Clermont and Castres.

“I don’t know the French word, but I think we were ‘hungover’ after the two defeats in the final,” O’Gara said.

“For me, this is normal, because we don’t have the culture or the history at this magnificent club at the moment, but that will change.

The players have their say ahead of the #HeinekenChampionsCup kicking off, with some big calls ?? pic.twitter.com/IZkTHABO6H

“From each defeat you learn a lot more than from a victory. It’s very difficult to beat a team like Toulouse with their winning mentality. But it isn’t impossible to do either. For us, we didn’t put Toulouse under pressure during the 80 minutes. We didn’t make them think twice.”

Last season, Leicester Tigers were defeated in the Challenge Cup Final by Montpellier. Reaching that final was very much the sprout of what was to come for Steve Bortwick’s side, who currently lead the Premiership after nine games.

By far and away the East Midlanders have been the best club side in England, beating sides with ease, as well as winning their tighter encounters, their opponents in Pool B come in the form of Bordeaux and Connacht, both teams that have had strong start in their respective domestic leagues.

Given their unsuccessful brush with continental silverware last season, the team’s captain Ellis Genge believes that discipline is the real focus point for this campaign.

“I think the biggest lesson – and we spoke about it after, but there’s no point speaking about it after because you’ve made the mistakes there and so it doesn’t really rectify it – (was that) we gave away too many penalties,” he said.

“I think the game now is definitely mostly about penalties and field position. I think if we can drop our penalty count, we’ll do significantly better than how we did last year.

“We got to the final last year, but it’s a completely different competition now and a different challenge. I hate to give terrible answers and bland answers, but you just don’t know until you’re out there, do you?”

As ever, Leinster are leading the way domestically. Picking up 29 points from their first seven United Rugby Championship fixtures of the season, the five-time European Champions will no doubt be hoping to lift the continental trophy for the first time since 2018.

Still with plenty of players amongst their ranks who have experienced the extreme highs of winning the competition, their Pool A campaign will see them play Bath and Montpellier in the hope of progressing to the knockout rounds.

For this weekend’s encounter with Bath, Leo Cullen’s side will be without their mercurial captain, with Johnny Sexton saying he will offer his support from the touchline.

“It’s important that I’m there for the team at all stages,” Sexton said. “If I’m injured, I’m there to help and if someone asks questions, of course I’ll be as open as I can, but at the same time there are guys there that are playing out-half and there are guys there leading the team that need to do it their own way and they don’t need me in there.

“It’s a balance, isn’t it? It’s being there for them, making sure they’re okay and we’re preparing well and, if you see something, maybe having a quiet word to one of the coaches or with the captain or the other out-half who’s playing.”

Flying the flag for Scotland this season will be Danny Wilson’s Glasgow Warriors. With an unenviable draw of playing La Rochelle and Exeter Chiefs, the Englishman has an embarrassment of riches at his disposal at Scotstoun.

Fifth in the United Rugby Championship table, the Glaswegians overcame Dragons 33-14 on Saturday afternoon in which several Scotland internationals were on display. Ali Price, Sam Johnson, Sione Tuipolotu and Matt Fagerson will all be looking to make an impact after returning for the side following their Autumn Nations Cup commitments.

Having only gained their place in this season’s Champions Cup thanks to finishing one point ahead of Dragons last term, their rescheduled win over Benetton confirming their position in late March.

This season has seen mixed fortunes for the team too, with losses against Ulster, Leister and Benetton the underlying factor to their good league position. With that in mind, Wilson is hopeful that his team’s somewhat erratic nature may play to their advantage.

“I certainly think we are slowly (getting) on the right track,” Wilson said, “but we still haven’t found that consistency.

“We’re four wins from seven at the moment in the league, couple of really good wins at home, we scored some great tries and played some great rugby, beating some big South African sides.

“We know to be successful you need to be consistent, and that’s probably not quite where we are at the moment.

“Having said that, what’s exciting is we have an upset in us, where we’ll go into these two games as underdogs, and I think both sides will be wary that the style of rugby we can play, the tries we have scored this season and last season, and in the past, does mean that we are a risk to some people. We’re a slight unknown.”