Fringes - Pride In The Jersey 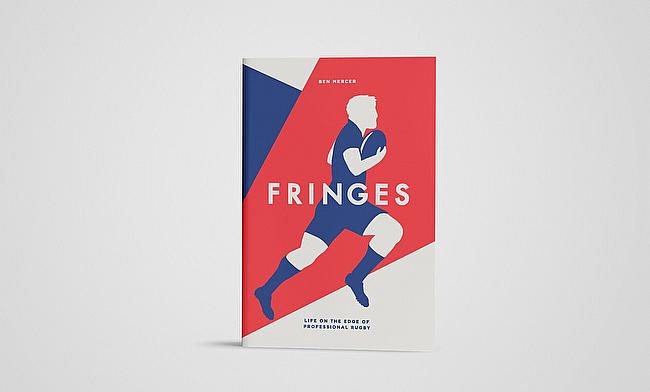 This is an extract from Ben Mercer’s book Fringes: Life on the Edge of Professional Rugby where he discusses what it means to be wear a jersey with pride and whether that emotion is fading away in rugby.

Ben, who is a regular contributor to TRU, invites you to witness life at the outer edges of professional rugby and offers a first-hand account of what it is like in the lower reaches of the sport.

There's no ghostwriting, it's an unmitigated meditation on how it feels and what it means to play rugby for a living, to dedicate yourself to an uncompromising but occasionally beautiful game.

If you've wanted to know what life is really like as a professional athlete, on the Fringes, away from the glitz and glamour of the international game, then look no further.

Pride in the jersey is often invoked as a motivator; you should have pride in who you’re representing, literally in the colours on your shirt and the badge on your chest. The esprit de clocher of fighting for your town, your community, your tribe.

With professionalism, this is tough to justify. How much pride in the jersey can you have if you’ve just turned up? This isn’t necessarily a choice you’ve made. It may have been your only option. It’s easy to have pride in an international jersey where you represent your country; you’ve reached the apogee of sporting ambition. It’s easy to pull the shirt on of the team you’ve always supported, where you’ve come through the youth section, trained with your idols and are now running out at a ground where you’ve always been a spectator. It’s easy to have pride in these things.

Professional pride is something different. You want to do a good job for yourself. To represent yourself in the best possible light. Now this can also include being a good teammate and fulfilling your role in the group but the pride is in your own job, not necessarily the success of the collective.

There are teams that immediately convey a sense of pride in the jersey but they tend to vary by the individual. If you join Manchester United or Liverpool, the shirt hangs heavy on you. If you join grand old rugby clubs then the same might be true. By and large though, pride in the jersey is something that takes time to develop; a relationship that begins contractually can grow to become something more.

The last time pride in the jersey is pure and true for most people is school rugby. I spent 11 years at my school and played rugby all the way through, captaining the First XV and playing with my childhood friends. Of course I had pride in the jersey. You play for fun, social status, competition and you are invested in the success of the school; it's something bigger than yourself.

What would you like to know about playing rugby in France? pic.twitter.com/oPMhlIIRfg

One of my most cherished rugby memories was a school rugby tour to New Zealand where we spent a month travelling the length of the country, staying with local families and playing matches against a variety of school teams. The first and best team that we played were St Pat’s Silverstream.

Early in the morning at an outdoor whole school assembly in Wellington, wrapped up in winter clothes and able to see our breath, we were invited into the middle of the stone courtyard where we were surrounded by the pupils.

One boy moved forward slightly and shouted to his peers. They all dropped into the familiar stance, slapping their things and stamping in unison on the floor. The sound reverberated around us as the whole school began to perform their traditional haka.

It was incredible. The sound flowed and bounced off the brick of the courtyard, we stood in a tight group in the centre while a language we couldn’t understand swirled through the air, the words indecipherable but the meaning clear. I get chills thinking about it now, fifteen years later.

An ancient challenge rang out, the same words that their predecessors would have shouted, a tradition passed down from year to year, from boy to boy. They were welcoming and challenging us at the same time, letting us know what we would find out on the field the next day. This was pride in the jersey made flesh; those boys unselfconsciously participating in an ancient rite linking the warrior traditions of their ancestors with their contemporary sporting identity.

Their team repeated the haka on the field the next day before kick-off, snarling and whooping while we stood with our arms around each other, facing them in one line. It was a meeting of two rugby cultures, kids from opposite sides of the world with completely different experiences and expectations who were all ready to share in the communal experience of playing rugby. I’ve never been so excited to play.