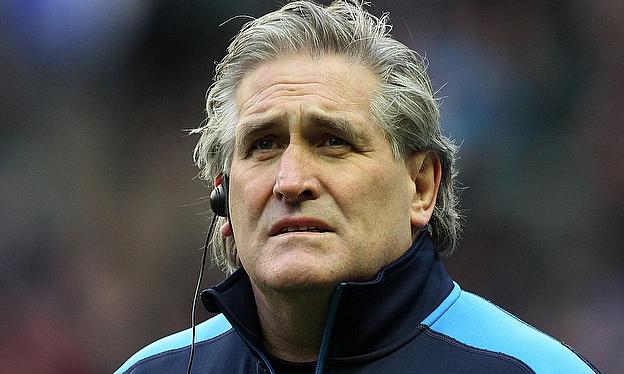 Scotland head coach Scott Johnson has made four changes to his side for Sunday's opening RBS 6 Nations match with Ireland.

British and Irish Lion Stuart Hogg returns at full-back having missed the Autumn Tests through injury, while the other alterations from the team beaten 21-15 by Australia include Alex Dunbar replacing Nick De Luca at centre, Tim Swinson preferred to Grant Gilchrist in the second-row, and a fourth Glasgow Warrior, Ryan Wilson, chosen at blindside flanker instead of Johnnie Beattie, who has a virus.

The Dark Blues are seeking to build on last year's third-place finish by getting off to a winning start at Dublin's Aviva Stadium.

Sean Maitland - who scored on his first outing in the championship, last season's opening game against England - moves to the wing to accommodate Hogg in the 15 jersey.

For Dunbar, Swinson, Wilson and for Duncan Taylor at inside centre, the Ireland clash is their first Six Nations start, while Kelly Brown will again captain the side as he wins his 61st cap.

But Johnson admitted picking the side had not been easy, saying: "The forwards especially were a hard pick but we're happy. We believe we've got a good combination to go in against formidable opposition."

In the backs, Glasgow's Sean Lamont will win his 83rd cap just a fortnight after turning 33 while Duncan Weir starts at stand-off after his Warriors team-mate and fellow number 10 Ruaridh Jackson misses out completely.

But the head coach has high hopes for his back three of Hogg, Maitland and Dunbar.

"We can go the length with that back three," he said. "For a seasoned campaigner Sean Lamont has some legs still.

"His form over the last 24 months for us has been outstanding, especially his work off the ball. Like something in my wine cabinet he's certainly getting better with age."

As well as Beattie and his illness, a dead leg rules out Glasgow wing Tommy Seymour, while Bristol forward Ross Rennie is not deemed fit enough to take part in the squad.

Edinburgh centre Matt Scott has over come a hand injury to return to action but starts on the bench.

Scotland team to play Ireland at the Aviva Stadium in the RBS 6 Nations on Sunday.