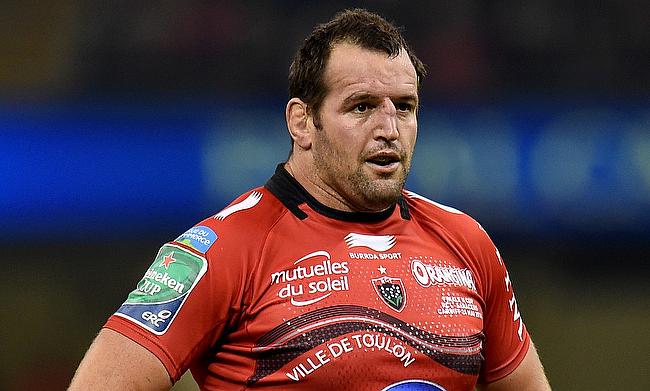 Former All Blacks prop Carl Hayman has joined the lawsuit against World Rugby after he was diagnosed with early-onset dementia at the age of 41.

He will now join the legal action by former players including England's Steve Thompson and Wales' Alix Popham against rugby authorities for their failure to protect from the risks of concussions and sub concussions.

Hayman had a stellar 17-year career and had represented various clubs including Otago, Highlanders, Newcastle Falcons and Toulon apart from featuring in 41 Tests for the All Blacks between 2001 and 2007.

Speaking about his troubles since retiring from the game in 2015, Hayman told The Bounce: “I spent several years thinking I was going crazy.

“At one stage that’s genuinely what I thought. It was the constant headaches and all these things going on that I couldn’t understand.

Basically, if I was fit and available, I was on the field,” he added.

“There were times that I probably shouldn’t have played but it was expected – like when I had a root nerve anti-inflammatory injection in my neck during the week and was back on the pitch at the weekend.

“They worked us hard and I never complained. It was my job and I was paid well, but I doubt it did any favours.

“I’m 41, I’ve still got a massive part of my life ahead of me and when you live with something like this it certainly makes every day a challenge.

“At my lowest point, my relationship with my ex-wife Natalie had broken down and I was involved in a physical incident with her that went to court.

“I don’t want to minimise the harm I did and I don’t want to make any excuses because I should never have put myself in that situation, but I have so much regret because that’s just not who I am.

“I’m not an angry person but I was in a deep, dark place and unfortunately I will have to carry that with me forever.”

“Carl is a 45-Test All Black and he’s done a lot for New Zealand rugby. It’s a real sad situation if he’s struggling with dementia at such an early age.

“We’ve got a lot of empathy for that. He’s been a popular person in this environment so it’s not nice to hear about those stories.”