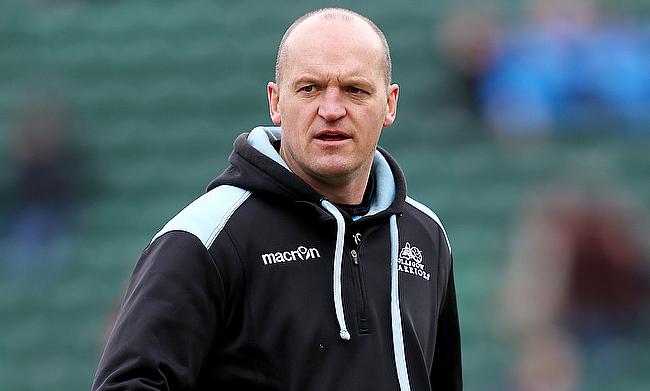 Glasgow head coach Gregor Townsend expressed his condolences on the death of Munster head coach Anthony Foley ahead of their European Champions Cup game on Saturday.

The former Ireland captain died at the age of 42 in Munster's team hotel in Paris on Sunday prior to the European Champions Cup clash against Racing 92 following which the game was postponed. Foley's body arrived in his home town in County Clare on Wednesday and the funeral is set for Friday - a day before Munster's clash with Glasgow.

Townsend and Foley first met each other as schoolboys when they played for Castres and Munster respectively and the sudden death of the Munster great has shocked the 43-year-old.

"It has been a tough week for world rugby," said the former Scotland player.

"You saw the reaction from all over the world, not just in rugby but in sport.

"It is such a loss for our game, a huge loss for Munster rugby so our thoughts go with them and Anthony's family.

"Munster was probably the team that shaped the Champions Cup for what it is today.

"Winning away from home, winning in France, getting to finals, winning big games in those finals and having huge travelling support.

"In that period I was fortunate enough, I was playing for Castres and I think we played Munster five times over two seasons and Anthony was a key player for them.

"We played against each other a number of times.

"I think we played each other in the schoolboy teams a long time ago, the Munster games and Ireland.

"He was aggressive and intelligent too. A really good modern number eight with a great ball-carrying side to his game.

"I was looking forward to catching up with him. He was always very good after games whether Munster won or we won.

"As I got to know him more as coaches he would always come up and chat with you and be honest and share what was going on in his world as a coach."

Townsend, who is set to become the coach of Scotland in June 2017 also stated that Saturday's game against Munster at Thomond Park will be filled with emotions.

"I think it is a game to remember what Anthony did and help create at Munster," he said.

"He was one of the key players that got them that success and he was also a very good coach.

"We always knew it was going to be a huge occasion. Munster in the Champions Cup are a different team. They play at a much more intense level.

"I would imagine it would be a huge game in terms of crowd support.

"Our players appreciate the enormity of what has happened and being involved in the game will hopefully bring out the best in both teams."