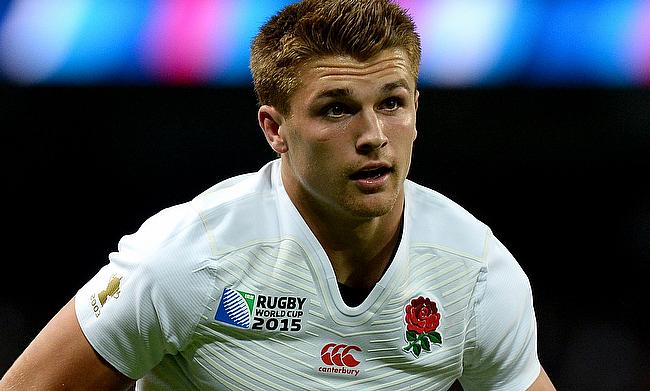 Henry Slade should be a shoo-in for England at inside centre, according to Toby Flood
©PA

Toby Flood believes Exeter's Henry Slade should be "an absolute shoo-in" for the England inside centre position.

But Slade did not gain an opportunity until the final match against minnows Uruguay, by which time England were already out of the tournament.

But former England fly-half Flood has no doubt that Slade and Leicester's Manu Tuilagi should be the midfield pairing moving forward, whoever ends up succeeding Stuart Lancaster as head coach.

"There is a guy called Henry Slade, who for me would be an absolute shoo-in for that number 12 spot," Flood said.

"I would play Slade at 12, put Manu at 13 and just watch them make other teams look pretty average, because they are both very good."

England are back in action on February 6, when they launch their RBS 6 Nations campaign against World Cup quarter-finalists Scotland at Murrayfield, and whoever is in charge, he will face an intriguing choice between George Ford and Owen Farrell for fly-half duty.

Ford started the World Cup in England's opener against Fiji, but he was then replaced by Farrell, who wore the number 10 shirt for Twickenham appointments with Wales and Australia.

And Flood admits it could be a tough selection call as England look to get back on track after a World Cup that saw them eliminated just three pool matches and 16 days into the competition.

Farrell kicked 17 points as Saracens eased past Flood and Toulouse 32-7 in the European Champions Cup on Saturday, and Flood added: "He was on form.

"I think the great thing for Owen was that he was sat behind that Saracens pack, going forward for 40-50 minutes. Going forward, he knows he has got that part of his game to push on and develop.

"He makes really good decisions. You can see him reading the game really well.

"You know that George is the person people are talking a lot about. He really attacks the line, and I think George and Owen have this really interesting battle at the moment.

"One is trying to have this more attacking mindset, and the other guy is getting told that he has got to do more controlling and sit back a bit.

"They are practically the same age, and it is great for England to have two possibilities. I just think England needed to stick their cap on one of them for the World Cup.

"Both have huge merits. George is a guy I know better, having played with him at Leicester and watched him grow up.

"What he brings you in attack is fantastic, and I have always been a bit of an attack-minded guy, but it is a tough one."