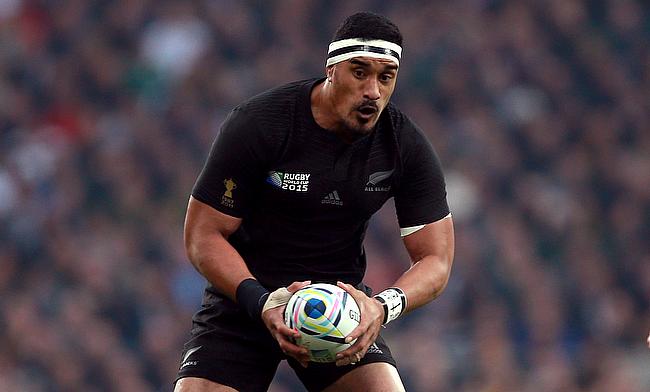 Blues managed to return back to winning ways as they eased past Queensland Reds with a 39-16 win in their Super Rugby encounter at Eden Park on Friday.

The game also saw All Blacks star Jerome Kaino making his final appearance for Blues at Eden Park as the team registered their fourth win in 14 games that saw them languish at the bottom of the New Zealand Conference.

Jono Lance kicked a third-minute penalty goal to get Reds off the mark but the scores became levelled 3-3 10 minutes later when Stephen Perofeta kicked-off from the tee.

Lance with his second penalty kick in the 15th minute once again put Blues into the lead but it lasted only five minutes when Melani Nanai collected a long pass from Rieko Ioane before crossing over to score the opening try of the game.

The complexion of the game changed completely when Reds suffered back to back sin-bins in the 23rd and 25th minutes of the game. Winger Jordan Petaia was the first to be yellow carded after he was charged with a tip-tackle on Michael Collins and prop Taniela Tupou followed him as he performed a no-arms tackle on Matt Duffie.

Blues made full use of the numerical advantage as Perofeta kicked his second penalty goal and Rieko Ioane and Matt Moulds went over the line to take the lead to 21-6 at the end of the first half.

Perofeta, who struggled to score the conversions, kicked his third penalty kick to extend Blues' lead and he followed it with a converted try in the 54th minute to take the scoreline to 31-6.

A cynical defensive foul saw Matiaha Martin sin-binned in the 62nd minute and five minutes later Blues also lost Sione Mafileo temporarily for illegal scrummaging. On both the occasions, Reds managed to score tries with Duncan Paia'Aua and Alex Mafi dotting down but the visitors still trailed by massive 15 points.

The fifth try for Blues came in the closing stage with Caleb Clarke finding his name in the scoring sheet as Blues registered a 39-16 victory - bringing an end to three-game losing streak.