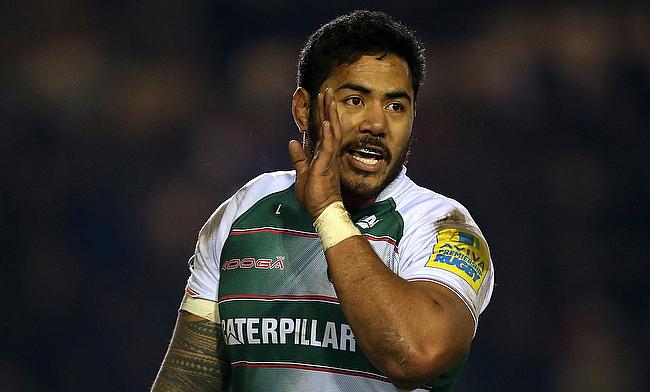 Leicester Tigers have announced the departure of England international Manu Tuilagi and four other players after they fail to reach an agreement on the amended contract.

Tuilagi joined the Tigers in 2009 and was an integral part of the club making close to 95 appearances in the Premiership but the 29-year-old did not accept to the pay cut announced after the financial crisis created by the pandemic coronavirus.

Telusa Veainu earlier announced his move to Stade Francais while Kyle Eastmond along with Greg Bateman and Noel Reid are yet to confirm their new club along with Tuilagi.

“Leicester Tigers can confirm that the employment of each of Greg Bateman, Kyle Eastmond, Noel Reid and Manu Tuilagi, as well as Telusa Veainu, who signed with French club Stade Francais earlier this week, has now ended and they will no longer be playing for the club," read a statement from Leicester Tigers.

“The five players were stood down last week after being unable to reach a necessary, amended agreement with the club on their pay, of which all other contracted members of the squad for the period from July 1, 2020, agreed to due to the financial impact of the COVID-19 pandemic on Leicester Tigers.

“Jordan Taufua, who was afforded an extended period of consultation after being quarantined following his return to Leicester from New Zealand, is still in conversations with the club.

“In line with club policy and out of respect to Taufua regarding this confidential matter, Tigers will not comment on these ongoing discussions.”