Fiona Kennedy: "To lead Oxford in the Varsity Match is an amazing opportunity" 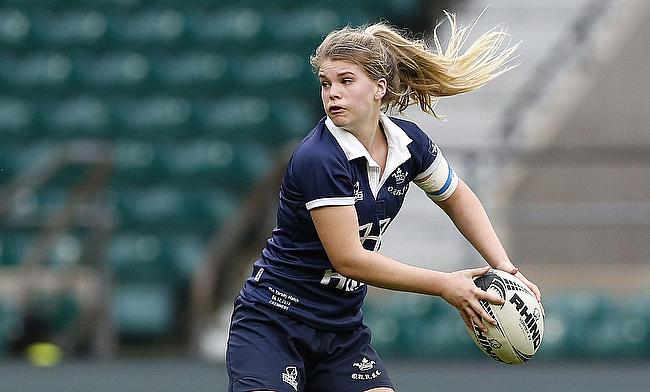 Fiona Kennedy cannot wait to lead out Oxford University in the Women’s Varsity Match at the Mattioli Woods Welford Road Stadium in Leicester on Sunday.

The 21-year-old stand-off is soon to graduate after completing a degree in History and English - and she can think of no better way to sign off from her time at the university than by helping them win against Cambridge University in the famous women’s match for the first time since 2016.

Kennedy played previously in the 2018 Varsity Match before missing the 2019 version through injury and then things came to a halt in March 2020 due to the pandemic.

“Just to have a match at all is amazing because it has been a tough time for university rugby since the pandemic hit last year and it has taken a lot of hard work by a lot of different people to make sure that the game against Cambridge is going ahead,” Kennedy told TRU.

“It is a different time of year than we are used to playing the Varsity Match and a different venue away from Twickenham, but that doesn’t make it any different, it is still a very special game, especially for myself and the others who will be leaving uni soon.

“To lead Oxford in the Varsity Match is an amazing opportunity for me and one that I will cherish. In recent months getting back to some sort of normal training has been brilliant and the buzz around the group has been really good.

“It has also been really nice for those of us who have had exams or pieces of work to hand it because rugby has given us that release from studies and we have been training with a lot of smiles and enjoyment and we want to take that feeling into the match.”

“My dad is a rugby nause, he got me into it”

Kennedy, who was born in Glasgow and whose parents are both Scottish, took up the sport when she was seven-years-old at the London Scottish club in Richmond.

“My dad is a rugby nause, he got me into it and I’ve loved it ever since,” Kennedy, who grew up near Wimbledon, explains.

“Apparently one day we were waking past a game and I said ‘dad, that looks fun, can I try it?’ and so he took me along to minis training and I got stuck in.

“I played with the boys in the mini section when I was younger and then played into my teens with girls and I made so many good friends at the club and it holds a special place in my heart for sure.

“When I moved into secondary school age I was keen to keep playing and I think I was quite lucky at the time because there were a few other girls of a similar age who wanted to continue as well so a couple of dads agreed to coach us.

“There were then also community development guys at the club who also helped out and they also pointed us towards the county set-up and other pathways so that we could play in girls age-grade rugby at a decent standard if we wanted to.

“When I left school I was always keen to keep my rugby going and I knew by joining the rugby club when I got to Oxford that I would meet lots of people and make friends which would make the move away from home a bit easier.

“I went along to Oxford University training one night and everyone was super friendly and welcoming, so that put me at ease.”

By that stage Kennedy was already a stand-off having played that role since she was 16, but she admits playing at Twickenham in her first Varsity Match just a few months into university was a bit of a - good - shock to the system.

“It was a bit of a baptism of fire, but what an experience it was,” she recounts.

“There were eight or nine weeks between starting uni and then being at Twickenham, so looking back on it that first term was quite intense, but I loved every minute of it!”

They may be out of position, but they will be crucial in terms of getting their team on the front foot.

And Kennedy is one of seven returning Blues in the Oxford starting line-up for a game that will be played under the RFU’s Law Variations due to COVID-19 constraints. That means there will be now scrums or mauls allowed.

Meanwhile, Cambridge skipper Elisha Clarke, also a number 10, is one of seven Blues in her starting XV and she has the 2019 winning captain Fiona Shuttleworth in the back-rowalongside her twin sister.