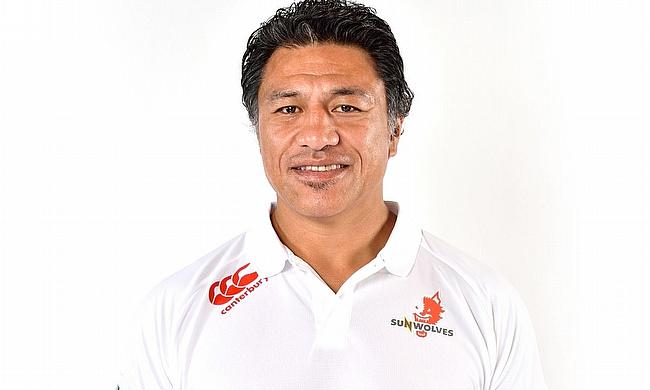 Sunwolves ended 18th in the 2016 season of Super Rugby
©PA

Newly appointed Sunwolves head coach Filo Tiatia has promised for an improved performance from the club in the upcoming season after having a disappointing debut in the 2016 Super Rugby.

The former All Blacks international joined Sunwolves on a two-year contract after taking over from Mark Hammett under whom the Japanese club finished 18th overall after losing 13 out of the 15 games last season.

Tiatia, who was attending his press conference along with Japan head coach Jamie Joseph, insisted that Sunwolves will continue learning and will come up with an improved performance in the next season.

"We are trying to improve a lot of areas," said Tiatia.

"We are trying to find players that can represent the country first and foremost," he said.

"This is going to be our second year so we have got a lot of learning to do. But we are going to continue to keep improving as well.

The inclusion of Sunwolves came in the aftermath of Japan's fantastic outing in the 2015 World Cup which also included a historic 34-32 win over the Springboks. However, the Tokyo based team struggled to match the other teams in the Southern Hemisphere due to lack of preparations and former Japan coach Eddie Jones also described their lack of depth as "embarrassing".

Joseph, who took in charge of the Brave Blossoms this year urged on the need to have a proper system in place and promised more exposure to the Sunwolves players at the international level.

"I will help out anyway I can to make the Sunwolves more competitive in the global arena and to please fans," said Joseph.