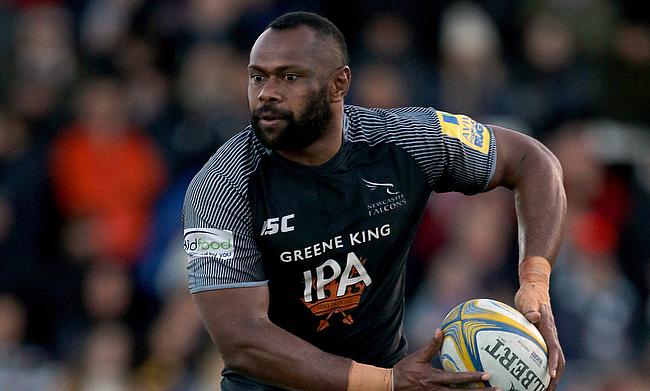 Fiji international Vereniki Goneva has made a switch from Newcastle Falcons to Harlequins ahead of the 2019/20 season.

Goneva, who can play at wing as well as centre made his Premiership debut with Leicester Tigers in 2012 after stints with Tarbes and US Colomiers. His move to Newcastle Falcons came in 2016 and became an integral part of the club since then.

The 35-year-old has overall played in 114 Premiership games scoring 58 tries in it and was named the Premiership player of the 2017/18 season.

“After playing in the Premiership for the last six years I am really excited to be joining Quins, whom I have always admired as one of the big English clubs," he said in a statement released by the club.

“They were the first Club that I had a jersey for as my Dad bought me one when I was very little because it is his favourite team, and so I have always had an affinity for them.

“I cannot wait to join up with my new teammates and look forward to pulling on that famous quartered jersey and running out at The Stoop next season.”

Goneva made his international rugby debut for Fiji against Samoa in 2007 and has 55 Test appearances including the November internationals last year and has amassed 20 tries in it.

Harlequins head of rugby Paul Gustard expressed his delight in securing the services of Goneva.

“It’s a real coup for us to secure the signing of Niki to bolster our squad from next season.

"With Tim’s retirement at the end of last season we have been looking to bring in quality to supplement our very exciting young wingers in Gabs and Cadan, and there is no doubt Niki is real quality.