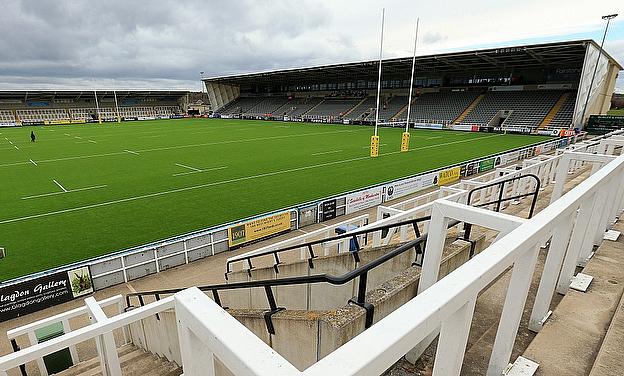 Newcastle Falcons have moved to stabilise their financial future by repurchasing their Kingston Park ground from Northumbria University.

The Aviva Premiership club have completed a deal for the freehold of the Tyneside stadium, thanks in part to a loan from Newcastle City Council.

Newcastle Rugby, the holding company that covers Newcastle Falcons and the Newcastle Thunder rugby league side, have brought Kingston Park back into club ownership for the first time since 2007.

"The ground purchase is a very significant event for Newcastle Rugby," said Falcons chairman Semore Kurdi in a club statement.

"It secures the long term future of both Newcastle Falcons and Newcastle Thunder at Kingston Park Stadium.

"It will also give us a permanent home from which we can continue the outstanding work of the Falcons Community Foundation as we look to grow both codes of rugby across the North East and Cumbria.

"The additional development work we will undertake with both Northumbria University and City Council will bring strong benefits for all concerned.

"I'd like to thank both Newcastle City Council and Northumbria University for their support throughout the negotiations.

"Owning the stadium will allow us to continue the improvements we have already made to the ground.

"We will look to further grow our supporter base and add to their match day experience as well as providing first class playing and training facilities for the players of both clubs."

Newcastle sold their Kingston Park ground to Northern Rock in 2007 in a bid to offset a loan from the North East bank.

Northumbria University purchased the ground a year later, with the Falcons taking on a lease that was due to expire in 2017.

"We are delighted that we have been able to support the City Council and the Falcons with their ambition to retain and develop Premiership rugby in the city," said Northumbria University's campus services director Damon Kent.

"The club will be able to invest in its facilities and rugby fans in the region will continue to enjoy rugby at Kingston Park for years to come."