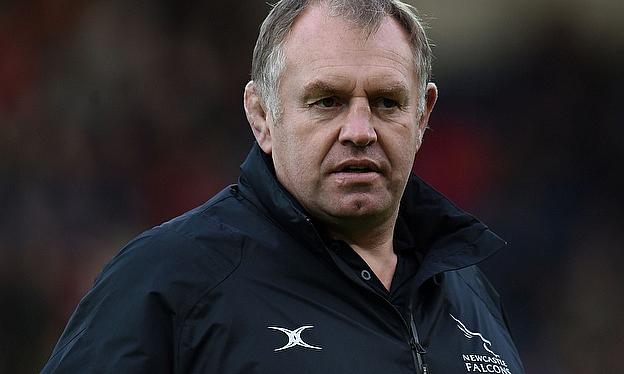 Newcastle have announced that director of rugby Dean Richards has signed a new three-year contract.

The 51-year-old joined the Falcons in 2012 and led the team to promotion in his first season.

Falcons are currently 11th in the Aviva Premiership table, with London Welsh, who have picked up just one point all season, below them.

Newcastle however felt Richards deserves an extended stay at Kingston Park with his side already securing more points and tries than the whole of last season.

"I'm delighted to have agreed this extension at the club," Richards said.

"We are building a strong and sustainable club here at Newcastle and I'm particularly pleased at how the players, coaching staff and off-field staff have bought into our vision.

"We have come a fair way over the past three years but there is still a great deal of work to do before we start to realise our potential. However I am confident that the club is in good shape and we will really start to see the benefits of a lot of good work over the next few seasons.

"I have really enjoyed my time in the north east so far, so agreeing to stay and continue living in the region was an easy decision. We also have a fantastic, very knowledgeable and loyal supporter base here at the Falcons and it's tremendous to see that number growing over the past 12 months."

Richards was formerly a coach of Harlequins but left in August 2009 over the 'Bloodgate' incident in the Heineken Cup match against Leinster.