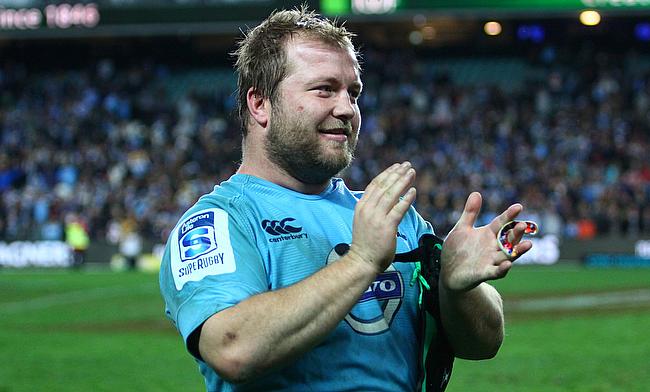 Benn Robinson was the second most capped prop for the Wallabies.
©Press Association

Veteran Australian prop Benn Robinson has announced his decision to retire from professional rugby after suffering a career-ending eye injury.

Robinson sustained the injury while representing his club Waratahs in the Super Rugby game against the Brumbies when lock Rory Arnold accidentally poked into the 31-year-old's eye two months back at the Allianz Stadium.

Robinson has played 72 matches for the Wallabies after making his debut in 2006 and is second in the list of most capped prop for Australia behind James Slipper. His last appearance for his country came in September 2014 against England at Twickenham.

Robinson was also an influential figure for Waratahs going on to become the most capped player with 151 appearances and became the 163rd player to captain New South Wales.

Robinson initially thought the injury was not as serious as it was and felt disappointed to end his career in such a fashion.

“To hear from a doctor that I can’t do that any more is a tough pill to swallow,” said Robinson.

“Rugby has been part of my life for so many years that for it to end like this is just so disappointing.”

Wallabies coach Michael Cheika lauded Robinson for his achievements with Australia and wished him a successful future ahead.

"Every player who has the honour of playing for the Wallabies has a responsibility to leave their own special mark on the jersey for the next generation to shape and build on, which Benn has certainly done," Cheika said.

"He should be incredibly proud of what he achieved in his career, and excited about what lies ahead."

Apart from representing Wallabies and Waratahs, Robinson has also played for Australia Under-21 in 2005 and Australia Schoolboys in 2002.