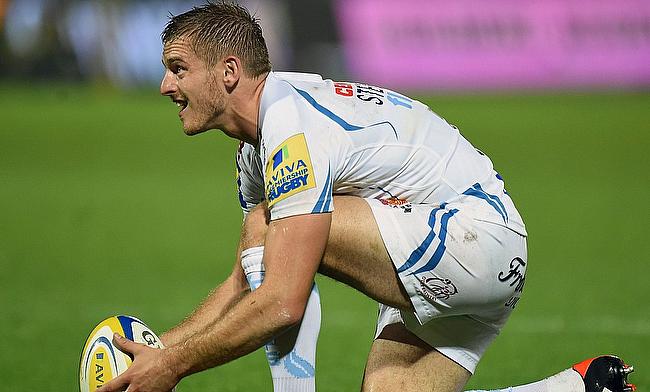 Castres managed to overcome a red-card to Maama Vaipulu as they handed a 29-25 defeat to Exeter Chiefs in their European Champions Cup encounter at Stade Pierre Fabre on Saturday.

The win has taken Castres to the second position in Pool 2 while Exeter are languishing at the bottom of the table with three points.

Exeter got off to a terrific start with Santiago Cordero crossing over in the 8th minute and Gareth Steenson followed with a conversion. Six minutes later Rob Baxter's men doubled the lead with Matt Kvesic touching down and once again the fly-half kicked the extras.

The response from Castres came through Florian Vialelle when he dotted down in the 17th minute and Julien Dumora stepped up the accelerator as he kicked a conversion, a drop goal and two penalties in the next 15 minutes and soon left the field with an injury.

Replacement Yohan Le Bourhis made an impact straightaway with his first penalty goal as they stretched the lead 19-14 but their momentum was dampened by a red-card to Vaipulu for a shoulder charge on Luke Cowan-Dickie. With an additional player on their side, Exeter levelled the scores 19-19 with Steenson's try just before the break.

Castres showed better resilience despite down by a player with Steve Mafi scoring a try in the 45th minute and Le Bourhis with his conversion took them to a seven point lead. After Steenson and Le Bourhis traded penalties, the Exeter fly-half kicked another three-pointer to reduce the gap to four points.

However, the final push the visitors hoped for did not happen and Henry Slade's sin-bin in the 72nd minute hampered their chances further as Castres completed a 29-25 victory.