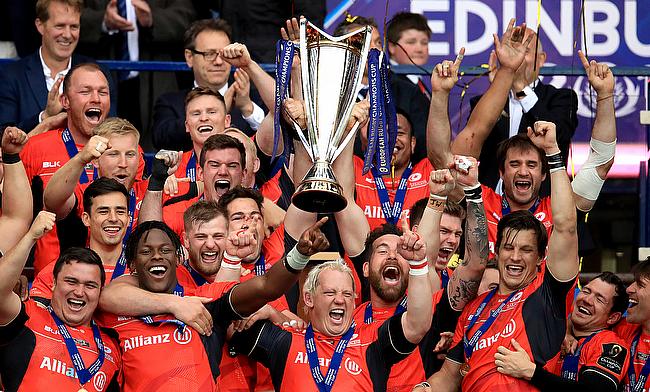 Defending champions Saracens has been drawn in the same pool as last year finalist Clermont Auvergne as the draws for the 2017/18 season of European Champions Cup was announced in Neuchatel, Switzerland on Thursday.

The Aviva Premiership club registered a 28-17 over the Top 14 side in the final to become the fourth team ever to defend the title and now find themselves in Pool 2 that also has Ospreys and Northampton Saints.

English Premiership champions Exeter Chiefs, who were in Tier 1 find themselves in Pool 3 along with Leinster, Montpellier and Glasgow Warriors while Pool 1 contains Wasps, La Rochelle, Ulster and Harlequins.

Pro 12 winners Scarlets will be accompanied by Toulon, Bath and Benetton in Pool 5 while Munster, Leicester Tigers, Racing 92 and Castres form Pool 4.

The draws for the European Challenge Cup was also announced on Thursday with Gloucester in Pool 3 along with Pau, Zebre, Agen while London Irish and Worcester Warriors are draw into Pool 4 and Pool 5 respectively.