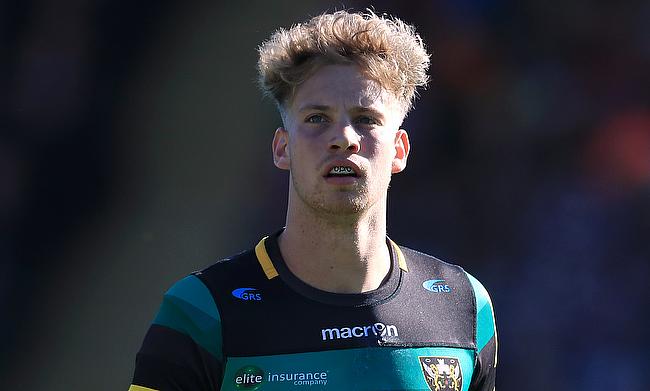 Northampton Saints made an incredible comeback after being 6-22 behind while also overcoming a red card to Tom Wood to win the European Champions Cup play-off final against Stade Francais at Franklin's Gardens on Saturday.

Wing Nayacalevu Vuidravuwalu provided a head start to the visitors with a third minute try with fly-half Jules Plisson adding a conversion and a penalty to make it 10-0. Jeremy Sinzelle and Djibril Camara scored further tries for Stade Francais as they raced to 22 points at the end of the first half.

Northampton Saints' response in the first 40 minutes came only through Harry Mallinder, who kicked three penalties as the English Premiership club trailed by 13 points leading into the second half.

Stade Francais suffered a major setback when Remy Bonfils was sin-binned on his attempt to trip Mallinder and this was capitalised by Ben Foden as he danced past the post and a conversion from Mallinder reduced the gap to six points.

However, it looked all over for Northampton Saints when Rory Hutchinson was sin-binned in the 61st minute when he performed a tackle on Will Genia out in the air and two minutes later Wood was sent-off for a stamp on Camara's head during a ruck.

Despite, the setback, Northampton Saints managed to pip out Stade Francais through a touchdown from Ahsee Tuala in the 71st minute and Mallinder's conversion sealed a thrilling one point victory.