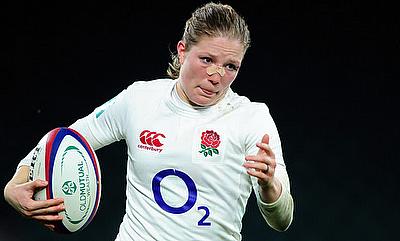 England Women Sevens have confirmed the inclusion of Worcester Valkyries winger Lydia Thompson in the 12-member Commonwealth Games to be played in Australia.

England Women Sevens and Team GB player Abbie Brown has been named captain of the experienced side that includes seven Olympian athletes.

Team England Head Coach James Bailey said: "As a new squad, the players and management have worked tremendously hard to bring this squad together and also transition the experienced 15s players back to Sevens within in a short time frame.

“We have really benefitted and developed a lot from competing on the World Series and at numerous invitational tournaments, against some of the best teams in the world, in order to be ready for this tournament.

“We have a lot of incredibly talented, world-class players in this side who are willing to work exceptionally hard for each other – and it’s that level of dedication and commitment that we’re hoping will bring success at the Games."

England are drawn in Pool B and will kick off the opening day against Fiji, before facing Australia. On day two England face Wales in their last pool game.