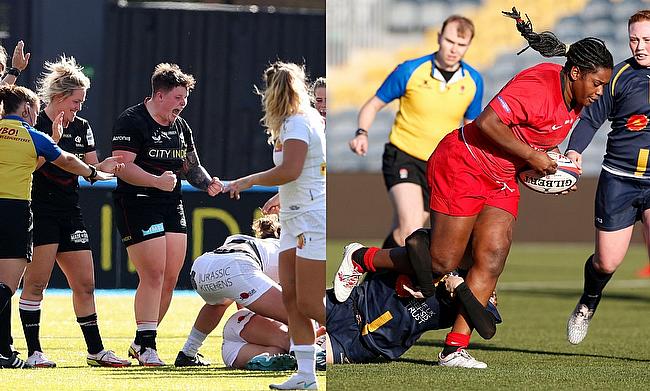 Both Hannah Botterman and Alex Ellis said that they “couldn’t count the hours” they have spent scrummaging against one another.

The props both play their domestic rugby for two-time Allianz Premier 15s champions Saracens, Ellis having made the move to England in 2019, whilst Botterman made her first appearance in black and red in 2017, before establishing herself as a club and international prop.

It was also in 2017 that Ellis made her international debut, the prop having played her club rugby for Barrhaven Scottish and for the University of Ottawa Gee-Gees up to then. Even playing in what was Botterman’s international debut, four years ago at the Stoop, her move across the North Atlantic came after two years in the international wilderness.

Playing regular rugby under Alex Austerberry, Ellis has worked herself back into Sandro Fiorino’s squad.

“I realised I needed to make the change,” she explained. “My job allows me to work remotely, so I looked overseas and realised that I wanted something new.

“I found that playing in England has allowed me to grow as a player and as a person as well. Being surrounded by so many different teammates and different styles of coaches, that has helped me grow.

Read how our players fared on international duty this weekend ??https://t.co/hcIFC1rYtg#StrongerTogether ???? pic.twitter.com/6Ur0qxdo4m

“It is really interesting, because Canada definitely gave me my foundations and going overseas has definitely allowed me to grow into the player I am becoming.

“It allowed me to get back onto the team and to go on this Fall tour and, hopefully, the World Cup as well.”

Making the move to England in late-2019 really couldn’t have been a better decision. Not only playing in a strong domestic competition, whilst Canada was still at the height of the pandemic, university rugby was suspended in the country.

This prompted rising stars of Canadian rugby like Sophie de Goede made their way over to England to play their rugby, whilst Ellis had been training since restrictions allowed in northwest London.

Ellis’ efforts were rewarded at the conclusion of the season, going to Halifax, Nova Scotia, to play in a Red vs Black game in which two teams of Canada hopefuls went toe-to-toe with one another.

The team’s two-year wait for a Test match came to an end at the start of this month, when Canada played the USA in back-to-back games at Infinity Park in Glendale, Colorado, the visitors winning on each occasion. 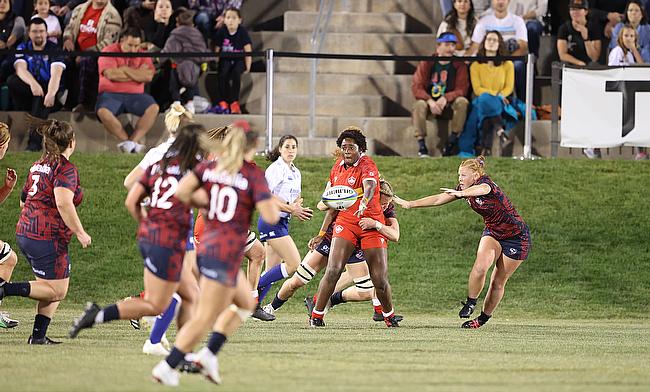 Ellis came off the bench in the first game, before starting in the second and making her presence known each time. Travelling to London hours after that second victory was secured, she now prepares to take on her clubmate Botterman at the Stoop.

England come into this game, like their opponents, having won two on the bounce. Those two wins both came against incumbent world champions, the Black Ferns, who succumbed to record defeats two weekends in a row, meaning that England maintain their number one ranking in the world.

“We had no doubt we were going to go into those two games and definitely put up a good fight,” Botterman told TRU. “We didn’t really know what New Zealand were going to bring, so to come away with those two wins was massive.

“I think it is just massive for us now to not breathe out and really go into Canada and the USA and get the most out of those games and not see them as any lesser competition than what our last two games were.

“Not to breathe out and to just keep on going and push on through, because it has been a long two weeks and we have got another long two coming up.”

Any encounter between England and Canada is going to ignite memories of the 2014 Rugby World Cup Final. It was the Red Roses who were victorious that day, with largely the efforts of Emily Scarratt meaning that England would be the world’s best thanks to a 21-9 score line.

Canada’s Magali Harvey accounted for all of her nations points that day, as well as the temporary end of the Maple Leafs’ world dominance. Placing fifth in the 2017 World Cup, the team placed fourth in the 2019 Women’s Rugby Super Series, where England, the USA, New Zealand and France took on one another in San Diego.

Now placed third in the world rankings, this hit out against England a good barometer for the team less than a year out from the World Cup in New Zealand.

“I believe when we play against them it is going to be a really great smash up,” Ellis said. “The games against the United States, that was a really good testament to our strengths and what we need to work on and going into England we know they are a strong side.

“It is going to be really interesting, really physical, but it is also going to be a mental game playing against them because we know they are the best in the world at the current moment.

A year today will be the World Cup Final, that fact not far at all from the thoughts of the England camp. Having beaten tournament hosts two weekends in a row, perhaps even more so than before, England can be seen as firm favourites to win the long-awaited festival of women’s rugby.

With Emily Scarratt having sustained a broken leg whilst turning out for Loughborough Lightning, Red Roses head coach Simon Middleton has used the opportunity to create even more depth in his squad, with Holly Aitchison taking the outside centre berth.

Maud Muir has also made her long-awaited bow for England, having been a non-playing reserve for much of the Six Nations, as both Sadia Kabeya and Heather Cowell make her debuts on Sunday. With so little time between now and the World Cup in the southern hemisphere, this is potentially one of the most decisive period in the teams preparation.

“Midds has been quite open about the fact that this is a development period for us in giving players opportunities that they might not necessarily get in the Six Nations or at a World Cup,” Botterman said. 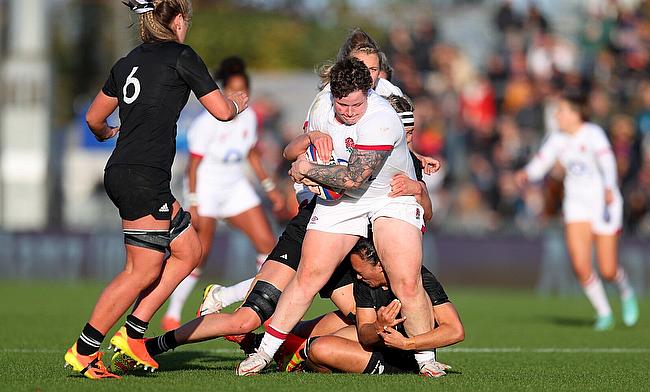 “We are finding players, working out combinations and all those sorts of things is what this is. This is actually one of the most important four weeks of our journey going forward, in terms of finding out a lot about ourselves and where we want to go and where we need to go.

“Then, that Six Nations will be locking down those teams and those combinations they want to work with, and going forward into the World Cup they will have a pretty good squad.

“These four weeks are massive for us, huge for us and it just gives us a platform to go off. How we have performed over the past two weeks, is nowhere near our best. I think that is probably the most exciting part.”

England’s bid for the 2025 Rugby World Cup would naturally be helped should they be victorious in the Southern Hemisphere.

The #RedRoses side to take on Canada at Twickenham Stoop on Sunday ??@O2Sports | #WearTheRose | #ENGvCAN

Add to this the strong crowds that have been seen at Sandy Park and Franklin’s Gardens these past two weeks, and you can only come to the conclusion that the Red Roses are capturing imaginations far more readily than their male counterparts.

Ellis will be coming off the bench for Canada in West London, with Exeter Chiefs’ Deleaka Menin taking the starting tighthead jersey.

Hannah Botterman has moved back into the starting lineup for England after coming off the bench in Northampton last weekend, meaning it is likely that the clubmates will be at the coalface with one another again, but in a slightly different setting.

“Having her (Botterman) as a teammate, along with the other England girls, has pushed me to strive to be better,” Ellis said. “She is tough, and it is going to be a great showing, playing against her as a rival and as a teammate. I am really excited.

“You know when Hannah is in the room, she is one of the personalities of the team and you know when she is on the field as well because she is a hard runner and a good scrummager. During the game we are not going to be friends, but right after we will be.”

Across the board for Canada there is Allianz Premier 15s experience. The entire front-row play their club rugby for Exeter Chiefs, Paige Farries for Worcester Warriors, with Ellis the fifth and final player in the squad to call England home.

As a result, there is far less unknowns in this Canada team than in years gone by, Botterman similarly looking forward to the challenge of playing her teammate.

“We’ll be playing some old teammates, current teammates and players who play across the league, so we are quite aware of who each other are and how each other play,” she said.

“I have been training week-in and week-out with Alex for the last couple of years. I think she is an incredible player, and we definitely push each other.