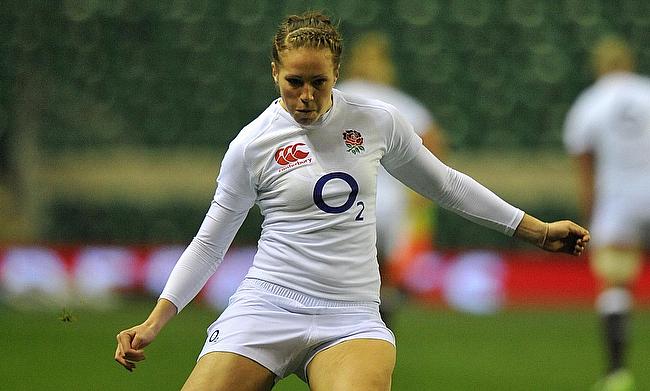 England came up with a 11-try riot as they trounced Ireland 69-0 to at Mattioli Woods Welford Road maintain their winning streak in the ongoing TikTok Women's Six Nations.

This is fourth win for England in as many games as they hold the top place in the table and are closely followed by France, who also have similar points at second place. The two teams will be facing each other in the final round on 30th April at Stade Jean Dauger in a bid for a Grand Slam.

Meanwhile, Ireland are at fourth place after managing a solitary win from four matches.

The game also marked a milestone for Emily Scarratt as she won her 100th cap in front of 15,836 supporters at Welford Road, which is a record for a women's rugby game in the country.

England got off to a flying start as they scored the opening try inside two minutes as Lark Davies dotted down at the back of a rolling maul but Scarratt missed out on the conversion. Abbie Ward thought they scored their second try but was turned down by referee Amber McLachlan for a forward pass.

The red rose team doubled their tally in the 16th minute with this time Sarah Bern found a gap in Ireland's defence to score but Scarratt missed her second conversion attempt.

Ireland missed a chance to open their account before the break as Nicole Cronin's went wide of the posts as they trailed by 10 points heading into the break.

The start of the second half saw Marlie Packer showing brisk pace and found a gap in Ireland's defence to crossover and in the 43rd minute the visitors lost Dorothy Wall to sin-bin for a high tackle on Jess Breach.

With the numerical advantage on their side, Davies burrowed over for her second try in the 44th minute and Scarratt's conversion made it 24-0. With no further response from Ireland, England dominated the entire third quarter with further tries from Lydia Thompson (50'), Poppy Cleall (54' and 63'), Hannah Botterman (60') to take their tally to 50 points.

With Sene Naoupu also red carded in the 66th minute for a dangerous tackle, Ellie Kildunne scored twice in the 66th and 72nd minutes to extend their lead to 62-0 before Thompson rounded off the scoring their 11th try in the 76th minute to complete a dominating victory.