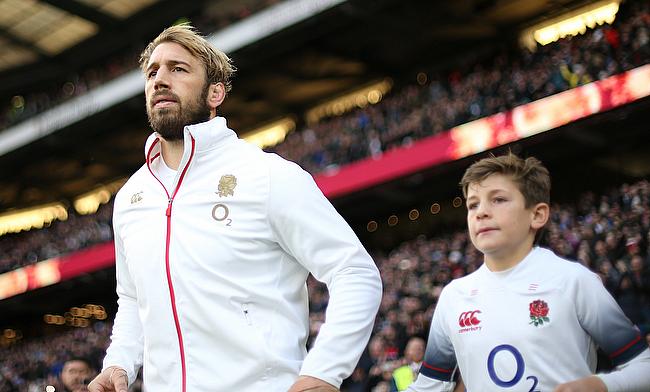 England have received much needed boost ahead of their Six Nations opening clash against Italy with Chris Robshaw, Maro Itoje and Mike Brown declared fit.

Robshaw was suffering from a back injury while Itoje and Brown sustained a hip injury and blurred vision respectively casting doubts on their participation in Sunday's game but all the three players returned to training on Tuesday and were given clearance for the encounter against Italy.

Out of the 34 players called-up for the training camp, only Zach Mercer has been left out following a viral infection,

“We’ve had some miracles. There have been some great recoveries because of the fantastic work from the medical and strength and conditioning staff,” head coach Eddie Jones said.

“All of them (Robshaw, Itoje, Brown) have returned. We did some stuff yesterday (Monday) and they all came through really well.”

With Billy Vunipola and Nathan Hughes ruled out of the game and Mercer also dropped out of contention, Sam Simmonds is set to start at number eight in Rome.

“You put him next to James Haskell and you can see the physical work he’s got to do to be a Test player.

“He has other attributes and he’s doing well, but he’s got to get stronger. We play a very physical game and you need physical strength to play it well.”

Itoje returns to the arena where he made his debut two years back. Since then, the 23-year-old has gone on to play 14 Tests for England and three for British and Irish Lions and Jones believes he has developed into a special player and urged him to develop his ball-carrying skill.

“Maro has come on exceptionally well. He’s played for the Lions and been part of a side that drew the series with New Zealand,” Jones said.

“He’s won two Six Nations titles. For a young guy he’s been in successful teams – plus he’s had a lot of club success too.

“His maturity is the thing that impresses me the most. He wants to take more responsibility within the team. He’s been absolutely outstanding.

“He can get a lot better. There’s at least one area of his game that he can significantly improve – his ball-carrying. He’s working on that pretty hard.

“He can be a much more effective attacker and he’s working on that at the moment with (forwards coach) Steve Borthwick.

“He’s doing some great work with him and he’s certainly moving in the right direction.”