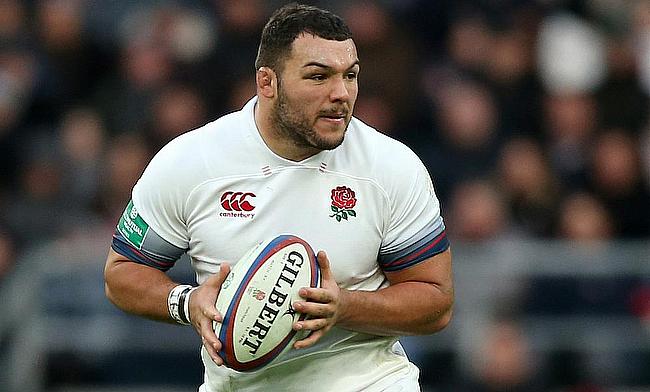 One week until the autumn internationals with Elliot Daly
Simon Amor: New faces can really “attack” latest England camp
Jamie George: There are certainly similarities to Japan
The ‘desperation’ and ‘gratitude’ of an England training camp

England prop Ellis Genge feels players’ contracts need to be modernised if the game is to move in the right direction.

The Leicester Tigers forward has spoken previously on the issue and made his feelings clear when Premiership clubs introduced 25 per cent wage cuts in order to deal with the financial crisis caused by Covid-19.

Genge believes the sport now needs to follow a similar path to professional football and the NBA if rugby union is to keep developing.

“You’ve still got contracts from 20 years ago and the game has changed monumentally, you can imagine some of the weird stuff written in them,” Genge said.

“They should be able to open it up and really get creative with it. If you go to football, they’ve all got independent agents, I know they earn a lot more money, but I think that part of the game, off the field, needs to be developed if you want the game to grow. People are interested in money, if I said to you: ‘Neymar to PSG,’ you’d know how much he went for, Ronaldo to Juventus, whereas in rugby it’s: ‘He’s signed a four-year deal,’ there’s not many people talking about that.

“In the NBA, James Harden’s £130m Adidas deal, I’m not saying that’s what we’re going to get but I think the stuff around contracts would grow the game and I don’t think the people at the top realise how interested people are in that off-field stuff.”

Genge is currently with the England squad preparing for a block of six fixtures across the autumn period. Eddie Jones’ side return to action this weekend when they host the Barbarians before they resume their Six Nations campaign against Italy at the end of the month.

Their first game is against the Baa Baas though, and the invitational side is littered with Saracens stars with 11 of Mark McCall’s squad being selected.

Genge last faced the Barbarians in 2018 when they thrashed England 63-45 and he could well feature again on Sunday afternoon.

"Camp is good," Genge added. "We have been training well, enjoying it. It is just nice to be back in with the boys to be honest.

“Traditionally the BaaBaas are made up from all different clubs but in 2018, when it was Semi Radrada, Ashy [Chris Ashton], all those trailblazers, I’d say it was a pretty decent outfit so I’m sure they’ll turn up just as usual, but in terms of cohesion, I guess it’ll be just like being at Allianz Park but we’ll see.”