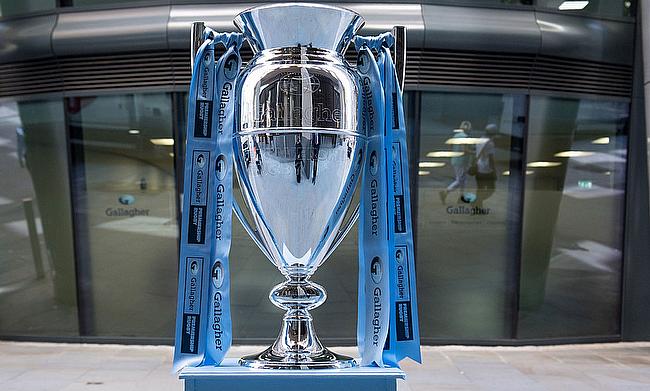 Hill joined Worcester Warriors in 2017 with his Premiership debut coming against Leicester Tigers in September where he scored a try. His domestic form helped him earn a place in Eddie Jones' England squad for the autumn internationals where he made his debut from the bench during the game against Japan at Twickenham Stadium.

“This is my home Club so I am delighted to have signed a first-team contract. We have a very exciting journey ahead of us and I am really excited to be part of that," said Hill.

“I have worked with some exceptional people during my time at the Club and I have enjoyed being out there on the pitch this season.

“The Club have helped me become an England international and my focus now is on working as hard as I can to help us move up the Premiership table.”

The 19-year-old had made three three Premiership starts in his 10 first-team appearances and is quickly grabbing the attention.

“Ted is a terrific young player who has shown maturity beyond his years," said Worcester director of rugby Alan Solomons.

“He has a fantastic attitude in training and this comes through on matchday. He has made swift progress since debuting against Leicester at Welford Road and is now a first-team regular.

“Ted thoroughly deserved his England call-up and it is a tribute to him that he has made his international debut at the tender age of 19. He is an integral part of what we are building at Sixways.”