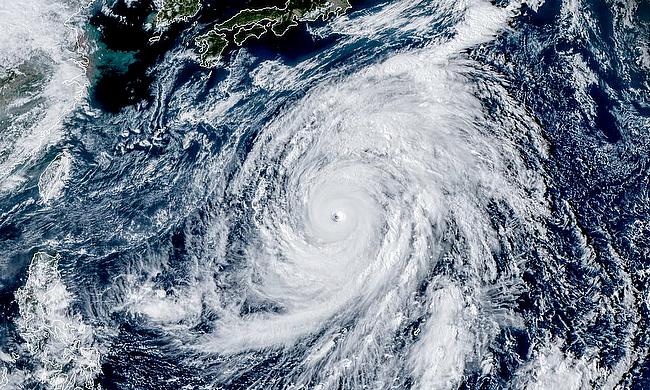 World Rugby has confirmed that the Pool C World Cup clash between England and France to be played in Yokohama has been called-off due to Super Typhoon Hagibis.

Hagibis, which is feared to be the worst in the region is expected to make landfall on Saturday in Tokyo and is expected to create havoc. Apart from England and France game, New Zealand's final game of the round against Italy to be played in Aichi has also been cancelled.

Earlier, the tournament organisers were considering a decision to shift the games to a different venue but decided against it due to logistic reasons.

"The decision to cancel matches has not been taken lightly," said tournament director Alan Gilpin.

"It has been made with the best interest of team, public, and tournament volunteer safety as a priority based on expert advice."

The result means England finish the group stage at the top with 17 points and will play their quarter-final game in Oita on 19th October with Australia likely to be their opponent unless Wales have a shocking defeat against Uruguay. France, who had 15 points from the group stage will also play their knock-out game at the same venue on 20th October with Wales being their likely opponent.

New Zealand have finished the Pool B at the top with 16 points while the abandoned result meant Italy's chances of going to the next round has ended with South Africa being the second team in the group to reach the top eight.

Meanwhile, Ireland's crunch game against Samoa in Fukuoka has been given a go-ahead and will proceed as planned and with the typhoon expected to clear on Sunday morning, a review will be conducted ahead of Japan-Scotland game in Yokohama. An abandoned result will see Scotland eliminated in the opening round with Ireland expected to win against Samoa.