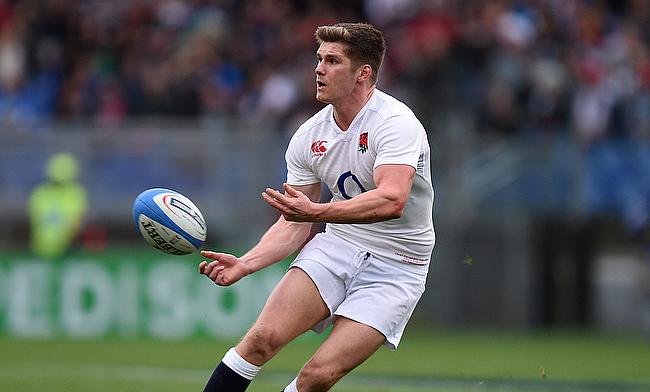 England captain Owen Farrell has played down concerns of injury after suffering a second blow in successive games during the ongoing World Cup.

Lavanini was sent-off for the incident and even though Farrell did not leave the field for a Head Injury Assessment, the Saracens star was surprisingly uncharacteristic on the field after the blow as he missed three conversions but made amends in the second half where he contributed nine points.

"A concussion is the worry but I didn't get hit anywhere near the top of the head," said Farrell.

"Your jaw gets a bit sore but I was fine. There was no need for a head injury assessment."

Meanwhile, Billy Vunipola, who has been plagued with injuries this year twisted his ankle in the first half and did not return after the break but head coach Eddie Jones believes the 26-year-old's injury is not a major concern.

”He slipped on some Kobe beef,’ Jones joked.

‘He twisted his ankle, we don’t think it’s too serious."

England have already sealed the top place in Pool C after winning all their three games with bonus points and will play their quarter-finals in Oita on 19th October.