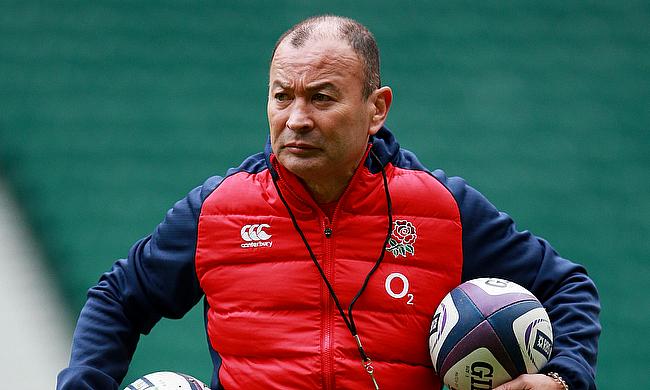 England coach Eddie Jones has defended his coaching methods amid fresh criticism of his techniques from a report.

A report published by the Times last week had former England backroom staff and ex-players anonymously scathing criticism on the techniques employed by Jones with an unnamed former player also described him as “brutal, rude, aggressive".

The report comes after England slumped to a fifth place finish in the Six Nations tournament earlier in the year and the fact that John Mitchell's exit meant the red rose team will have their third defence coach since Jones took over post the 2019 World Cup.

"Everyone has an opinion on how you operate. I can't say it's right or wrong, I try to be a reasonable person," Jones told BT Sport.

"I've coached for a fair period of time and there have probably been times when I haven't been as nice as I'd like to be. But I endeavor to be fair all the time and I'm excited where this team is going to go.

"The only thing you can do is respond and the only way we'll respond is by playing good rugby so that's what we intend to do.

"I think the fact that I've been coaching for this period of time would indicate that that's not the truth.

"Has it been a high turnover of staff? There's been turnover in certain areas where we've looked to refresh the staff.

"This is my sixth year in the job and you'd expect that from your support staff. I think we've got a very good staff here and we appreciate their hard work."

Jones also confirmed that skipper Owen Farrell and Harlequins fly-half Marcus Smith will be preferred at 12 and 10 respectively over George Ford, who was excluded from the squad.

"We know George is a good player.," said Jones. "We’ve asked him to have a look at a couple of things in his game to make him even better.

"But. we're keen to give Marcus and Owen the opportunity to play at 10 and 12 and see where they can go and take our game. We’re keen to have a look at what they can do together.”