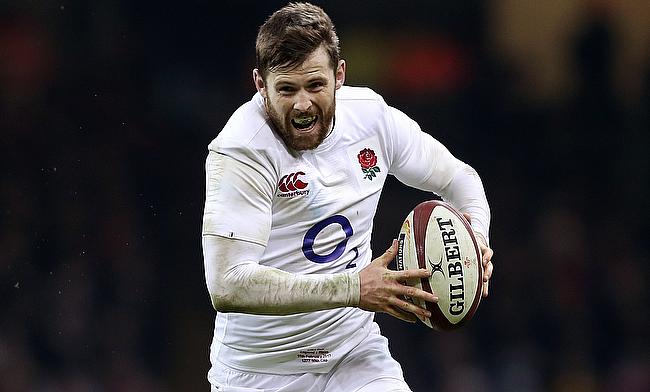 England international Elliot Daly has joined Jamie George in committing his future to Saracens despite the club facing automatic relegation at the end of the ongoing season.

Saracens will be playing in the second tier next season after breaches in salary cap over the last four seasons and were also fined £5.36m by Premiership Rugby leaving the future of a number of star players in uncertainty but Daly has pledged his immediate future with the side.

“Yeah I reckon I’ll stay, pretty similar to Jamie. I am still in contract,” said Daly.

“We have the rest of the season to sort it out. At the moment, I’m just thinking about the next couple of games with England and then when I get back to Saracens, we’ll start talking about next year.”

The 27-year-old made his England debut in 2016 and has gone on to play 41 Tests for the red rose team apart from the other three for the British and Irish Lions. He went on to join Saracens ahead of the 2019/20 season from Wasps and has featured in four Premiership games this season.

"My first day wasn't the best! It's a big thing and it's not to be taken lightly, but the way Saracens dealt with the players I thought was really good," Daly said.

"I didn't see this coming but I definitely don't have any regrets joining. The way that we train, the players there, the coaching staff - it's an amazing club to be at.

"When a club like Saracens want to sign you, the best team in Europe as they were at that time, it's a no-brainer to go and play with some very good people."