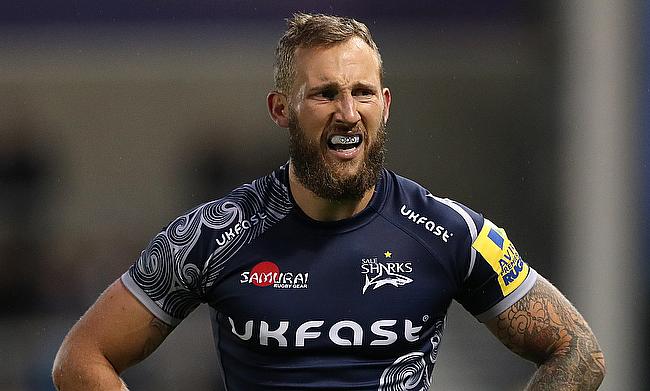 Saracens dented Sale Sharks' chances of moving second in the Gallagher Premiership table as they registered a 36-22 win at Allianz Park on Saturday.

This is Saracens' seventh win from 10 games but they will face automatic relegation at the end of the season following Salary Cap breaches while Sale Sharks are at third place behind Exeter and Northampton Saints.

Two penalties from Manu Vunipola and a three-pointer from Alex Lozowski lifted Saracens' tally to 14 points before Byron McGuigan try at the stroke of half-time reduced the deficit to four points.

The home side had a brisk start to the second half with Rotimi Segun strolled over the line and Vunipola followed with a conversion and a penalty to increase Saracens' lead to 14 points before Mark McCall's men increased their tally to 36 points following further tries from Nick Isiekwe (55') and Richard Barrington (67').

Tries from Daniel Du Preez and Robert Du Preez in the final 10 minutes provided Sale Sharks some hope but eventually they succumbed to a 14 point defeat.

“We’re chuffed with the way we played, and the unity and togetherness that we showed," said Mark McCall.

“It was difficult conditions and Sale chose to play with the wind in the first half. We needed to roll our sleeves up and we did that. Our half-backs were fantastic in the first-half, Tom Whiteley in particular, the way he kicked into that breeze.

“We were good value at 14-3, but they got a good try. One mistake by one person and it’s 14-10. I thought the response to that in the second half was great.”