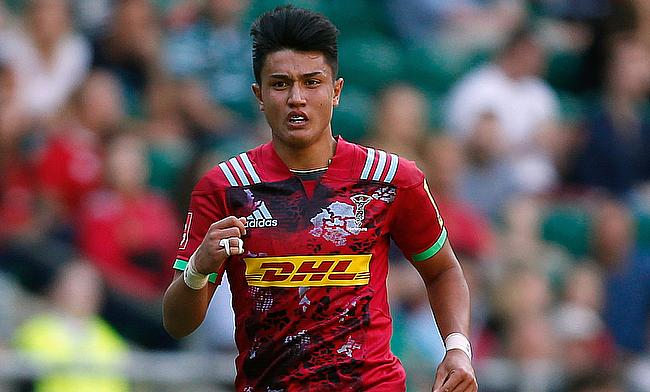 England coach Eddie Jones has named eight uncapped players in the starting XV for their summer series clash against the United States at Twickenham on Saturday.

Uncapped Gloucester flanker Lewis Ludlow will captain the side and will start at blindside with Sam Underhill at openside and uncapped Newcastle's Callum Chick is positioned at number eight.

Harlequins fly-half Marcus Smith, who had an outstanding season will take the kicking responsibility forming halfback partnership with Bristol scrum-half Harry Randall, who will also make his debut for England.

Leicester's Freddie Steward is at fullback as he is another debutant named in the line-up while Max Malins and Joe Cokanasiga are at left and right wings with Henry Slade and Ollie Lawrence at midfield. Wasps fly-half Jacob Umaga will also make his debut for England when he comes off the bench that also has Jamie Blamire, Beno Obano, Trevor Davison, Ted Hill, Ben Curry, Lewis Ludlam and Dan Robson.

“Over the past three weeks our biggest message to the players is what an opportunity this is to show what they can do and make their mark with England,” said Jones.

“They’ve applied themselves as a group and worked very hard individually during this camp to reach their personal bests.

“Now it’s all about coming together as a team, gelling and putting in a good performance at the weekend.”