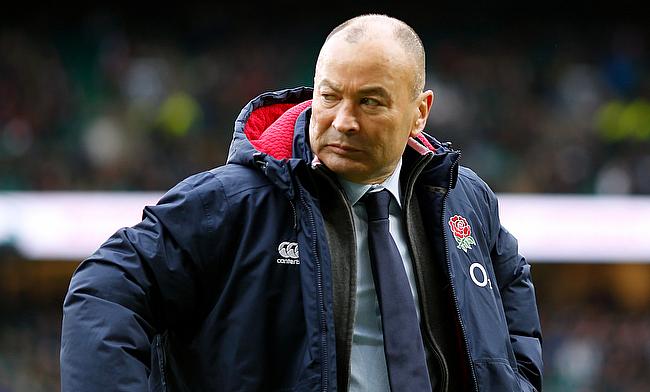 The Rugby Football Union has come in support of England coach Eddie Jones despite the team's disappointing campaign in the recently concluded Six Nations campaign.

Jones, who guided the red rose team to the final of the 2019 World Cup triumph now have seen England struggle in the last two years of the Six Nations tournament having finished fifth last year while they settled for a third place finish in the 2022 edition.

England managed wins against Italy and Wales but suffered losses against Scotland, Ireland and recently France which meant they had to settle for 10 points - 11 behind second positioned Andy Farrell's men.

Following the defeat against France, Jones urged fans to "keep the faith" and now the England board have come in support of the 62-year-old.

"Eddie Jones is building a new England team and against a clear strategy we are encouraged by the solid progress the team has made during this Six Nations," an RFU spokesperson said.

"The RFU continues to fully support Eddie, the coaching team and players and we are excited about the summer tour and the progress to rebuild a winning England team."

Despite the support for Jones, RFU in a statement said that an internal review will be conducted to assess the performances of coaches and players.

“Eddie and his team of coaches and players will conduct a full review as is normal after each tournament,” the spokesperson said.

“The RFU advisory panel – which consists of board and executive members, former players and coaches, along with Eddie – will also undertake a debrief to discuss the strong positive steps forward during this campaign and the areas we need to address.

“The advisory group has been in place since 2019 and it meets regularly both during and after each tournament to evaluate clear targets and progression.”