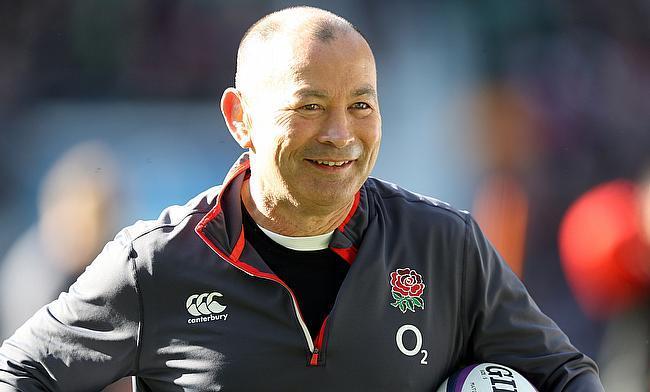 Jamie George Interview: I thought we were on it against Wales but discipline let us down
Match Report: Wasps 19-20 Gloucester
Guy Thompson Column: You haven’t got time to feel your way into this season
Hamstring injury forces Wales international Kieran Hardy to miss remainder of Six Nations

Over a week has passed since England’s 40-24 loss at the hands of Wales in Cardiff, but now attention must turn to France.

By the time Fabien Galtié’s team arrive in West London, it will have been a month since the French national team last played, their third round fixture against Scotland postponed following a breakout of Covid-19 in the leadup to that game.

France will be buoyed by the return of Romain Ntamack and Virimi Vakatawa to their squad after recovering from injury, whilst seven of the 12 players who tested positive Covid-19 also return to the squad, including Charles Ollivon and Antoine Dupont.

Gabin Villière does drop out of the squad after sustaining an injury whilst playing for Toulon against Racing 92, a game in which fellow France internationals Vakatawa and Bernard Le Roux scored tries.

England squeaked past an inexperienced France side in the final of the Autumn Nations Cup in December and are likely to come up against a far stronger French team on Saturday.

Early on in his press conference on Sunday afternoon, Eddie Jones was quick to repel questions surrounding what he thought of France, instead keen to focus on his team.

With players having had time to go home and reflect on their last performance, with many having bemoaned the number of penalties given away against Wales, penalties that were taken full advantage of by Wayne Pivac’s team.

Giving away 14 penalties in the defeat, it was a collapse in the final quarter of proceedings which contributed to Wales taking top spot in the Six Nations table. Clearly not wanting to put themselves in the same situation again, Jones revealed that several players reached out to him in order address those indiscretions.

“No one goes out there to try and make penalties,” Jones said. “Everyone’s working hard, sometimes players just try and overexert in certain areas. Those players, we’ll have a quiet chat to and they have been reflecting on it.

“I have had at least three or four players ring me during this week to talk about how they need to tend to their errors and that is the great honesty of this team, so we’ll keep working on that. There is all the other bits and pieces you can do, but the main thing is just understanding your responsibility at that point in the game.

Across sport, the performance of a team ultimately falls at the feet of its coach. Throughout this week, Jones and his coaching staff have no doubt spent plenty of time picking apart every second of their last outing.

On the whole, the coaching group would have been happy with the display at the Principality, starting hooker Jamie George even saying that at no point did he feel that he and his teammates would be on the end of a loss whilst on the turf.

When asked why he felt his team gave away so many penalties in the final quarter, the Australian’s response was simple; “I think we’re trying too hard. Players, just in the spur of the moment, are trying too hard.”

What becomes clear is that there is no lack of desire for England to improve on recent results. Highly unlikely to win the Six Nations this time around, all that Jones’ team can do now is put together two solid performances, before the 28-man squad leave Pennyhill Park until the Summer or, in some cases, until the Autumn.

“Our player group’s incredibly honest,” Jones said. “They are hard-working and as I said, a number of the penalties, we feel to be because the players are trying too hard and that is something that only an individual player can fix.

Eddie Jones has given his reaction following the defeat to Wales.

“Just being in the moment, doing the right thing at that particular moment, don’t try to do something too much and if we can get our penalties down from 14 to nine for the next game, that will put us in a great position to win the game.”

It is perhaps that want to improve that will help England through these next two weekends. In any other year, when the odds are stacked against a team winning the tournament, you would expect Jones to maybe blood some new talent for the future or maybe even offering the likes of Max Malins, Will Stuart, Ollie Lawrence or even Dan Robson a rare start.

Because of England’s agreement with the Premiership and the RPA, Jones is not allowed to change the members of his squad unless for injury. Therefore, it is far more likely that we will see some familiar names over the course of the next two rounds.

So, what must be worked out is how to overcome the discipline issues that have plagued the side across the opening three rounds of the Six Nations, with England giving away a total of 41 penalties in their games against Scotland, Italy and Wales.

“Sometimes it (giving away penalties) is because players can’t get what they want in areas that they are good at,” Jones said. “Discipline, I know you guys like to use it as an overarching term, but it is generally a bi-product of something else that goes on in the game and sometimes it is the pressure that the opposition puts in you, sometimes it is the pressure that the player puts on themselves to try to find a way to get into the game.

“So, there is a myriad of reasons for that, and we can’t sort it out with one stroke of the pen, but we’re working through it. I know this team is very honest and really wants to solve it, and we will solve it. We’ll be better the next game.”