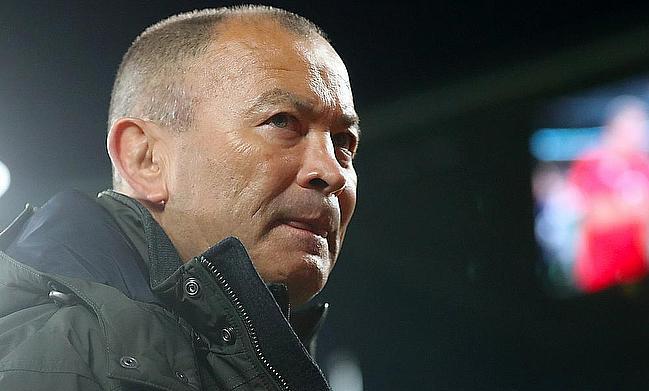 Benjamin Kayser: Law variations in the community game must only be temporary
England bring in Anthony Watson for Autumn Nations Cup final against France
Jersey connection between Callum Sheedy and Kieran Hardy could get Wales firing
Why do brands sponsor Rugby Union sides?

“It is a final, we lost our last final, so the big thing is to win,” Eddie Jones stated on Friday.

“We want to dominate every phase of the game. Test match rugby is about dominating one particular phase that is important in the game.

“We don’t know whether that might be the lineout or the scrum or the breakdown, or if it might be a running game, a kicking game. Whatever element of the game it is, that is going to be crucial to win the game. We want to make sure we dominate.”

When Jones’ matchday squad for the Autumn Nations Cup final on Sunday was released, it became clear that the Australian was not underestimating the challenge a weakened French team possesses.

Earlier in the week, Jacob Umaga and Alfie Barbeary were called down to the Lensbury in West London to take part in the preparation for the final game of the year. Many wondered if Jones would give the Wasps youngsters, along with Bristol’s Max Malins and other less experienced members of the squad, a run out against a much-changed France.

Due to an agreement between the French Rugby Federation and the Top 14 clubs, any players selected by Fabien Galthié would only be allowed to take part in three fixtures meaning France have been forced to field an extremely inexperienced side for this game.

Playing in front of fans for the first time since March, France have just 68 caps in their starting XV whereas Eddie Jones' line-up contains an eye-watering total of 813 appearances.

???"Occasionally, they have sacrificed flair and instinct for organisation and structure."

Ahead of the @autumnnations Cup Final between @EnglandRugby and @FranceRugby this weekend, TRU spoke to World Cup winner @WillGreenwood??https://t.co/zmsMXfCFLi pic.twitter.com/WgsrNwZL5X

Statistically, there is a huge gulf between the two teams, but Jones, who quite likes stats himself, insisted there were no significant differences between France's 'second-string' side which defeated Italy last weekend to the highly decorated XV that lined up against Scotland earlier in the tournament.

“The consistency about the French team is that they have a certain system they play and it was evident in the team they played against Italy," Jones said. "They played exactly with the same ratio of kicks and passes and field position specifics that we have seen previously.

France are in somewhat of a golden age. The national team are seemingly more aligned with their clubs than ever before and the players that won consecutive World Rugby U20 Championships are now beginning to come of age, some of whom gaining caps against England this weekend.

Jones was also quick to point out that inexperienced French teams have proven difficult for their opposition in the past. Citing France’s 2009 tour to New Zealand, the England head coach does raise a valid point as Les Bleus shocked the All Blacks in the first Test, beating their hosts 27-22 in Dunedin.

France would lose the second Test of two, but it does serve as a reminder to never judge a book by its cover. Undoubtedly, there will be Gallic flair on show on Sunday afternoon in West London, but England are still expected to win.

Also this week, the home side have been at the epicentre of an argument about how attack is being drowned out by defence. Throughout the autumn, we have watched on as England have suffocated their opposition by putting ball to boot regularly and using their superior physicality to bully teams.

A regular feature with Jones is how he references other sports. Paramount amongst this plethora of analogies is cricket. Ahead of the Rugby World Cup semi-final against New Zealand, Jones compared beating the All Blacks to trying to bowl out his countryman, Steve Smith.

Widely regarded as one of the world’s best batsmen, the England head coach says that it is Smith’s ability to predict how the bowler is going to attack that makes him so special, with rugby going the same way because of its use of statistics and analysis.

“I had the great pleasure of watching him (Smith) bat in Birmingham last year and I sat behind the stumps,” Jones said. “His ability to control the bowl was fantastic and that is where rugby is going at the moment. Defence is in the ascendancy, but teams will work out how to attack rush defence and we are in the process of developing our own attack system to do that. It takes time.

“Everyone wants to play beautiful rugby and we are no different. Sometimes the conditions are conducive to that and sometimes they are not. We want to be a dominant force in World Rugby. We have been quite consistent in what we have been saying about where we want to go as a team and this game is a great opportunity for us to step forward.”