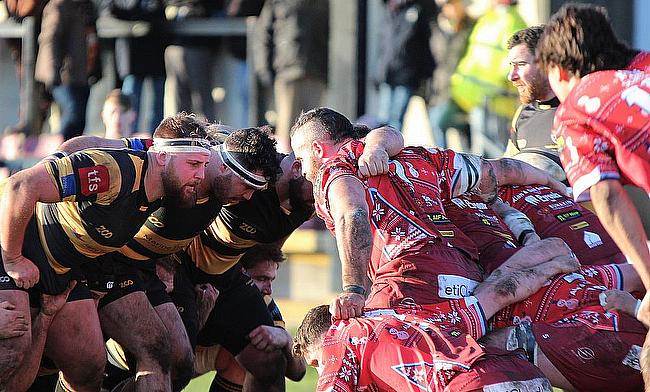 It has been a long wait for community clubs in England.

For the last nine months, teams below the second tier have had rugby removed from their lives but light is beginning to appear at the end of the tunnel.

This week, the Rugby Football Union announced plans for the grassroots game to resume, albeit under new law variations to minimise the risk of possible Covid-19 transmission.

The adaptations mean scums and mauls will be absent from matches as teams prepare to return to action in the coming weeks. Rugby’s resumption is a necessary one with clubs desperate to dust off the cobwebs and fling open their doors in order to generate some much-needed income.

On Talking Rugby Union’s recent community rugby podcast, Blackheath head coach James Shanahan - along with Fylde’s Warren Spragg and Hinckley’s Chris Campbell - were in full agreement that the sport needed to get back up and running sooner rather than later.

However, something the National Leagues coaches also understood was the concerns regarding one particular aspect of the new adaptations.

The ‘watered-down’ version of rugby means front-rowers and locks will not be able to exercise their core strengths and there have been calls for clubs from National One and below to 'look after' their tight five players whilst the temporary variations are in place.

Former international hooker Benjamin Kayser has recently moved to Kent and the Frenchman has been acting as a forwards coach for local side Tunbridge Wells.

Having spent three seasons immersing himself in the English game with Leicester Tigers, Kayser hopes the adaptations at grassroots level will only be implemented on a short-term basis.

Speaking on the Looseheadz x Talking Rugby Union podcast - which will be released next week - Kayser said: “I wouldn’t be worried. I don’t think the decision makers are stupid enough to kill the scrum and kill the game from the inside.

“The best teams are the most diverse and that is a good lesson for the reality of our society. That is why rugby is so good because it is so inclusive. Diversity is our strength. The day you decide to kill the scrum, if you have your number 1, 2, 3 who can all run like Tom Curry and Sam Underhill, I am going to tell you there is going to be even less space on the pitch and rugby is going to be even more boring.

“It is just an adaptation because they have to allow friendly competition in rugby to come back which is great because the guys at Tunbridge Wells play rugby because they love it and enjoy it, but I don’t think they [the decision makers] will be that stupid to kill it completely so I wouldn’t be worried.”

Kayser, who won 37 caps for France during his playing days, will, of course, be keeping an eye on how an inexperienced Les Bleus side fare against England in this weekend’s Autumn Nations Cup final.

Head coach Fabien Galthie is without a whole host of his star names for Sunday’s clash at Twickenham, as French clubs have limited their players to only three international games during this autumn window.

The relationship between the French Rugby Federation and the Top 14 clubs is something which still concerns Kayser, but he is looking at France’s final fixture in a positive light.

In last weekend’s 36-5 win over Italy, France were able to hand opportunities to several graduates from their successful under-20’s side as well as some returning faces to the international scene.

Their starting XV for Sunday contains just 68 caps, but Kayser is delighted to see some of the country’s most exciting talent finally getting a chance to shine.

“We need some depth if the idea is not just to go to the 2023 World Cup [in France] and qualify for the quarters and see what we do,” added Kayser. “The idea is really to say we want to target and go for glory so you need some depth. I have never questioned the depth in French rugby, but they have never been given a shot. Now there will be at least 30 guys who will be assessed or this will be a chance for them to learn to see what is the next step.

“Guys like Anthony Jelonch is fantastic. Sekou Macalou, if he decides to finally get his head around international rugby, he can be absolutely breathtaking. He is the fastest loose forward in world rugby so there are plenty of other guys who you haven’t seen who you will see.

“The result this weekend will be irrelevant because I don’t think England will do backflips if they beat France. That is not the point. The point is to play our part, to lead by example and actually put a smile on our country’s face. That is the way the French are seeing it at the moment so we are still excited about the weekend.”

You can hear our full chat with Benjamin next week on our latest Looseheadz x Talking Rugby Union podcast.

Visit https://looseheadz.co.uk/ to find out more about their foundation which aims to raise awareness for mental health through rugby.