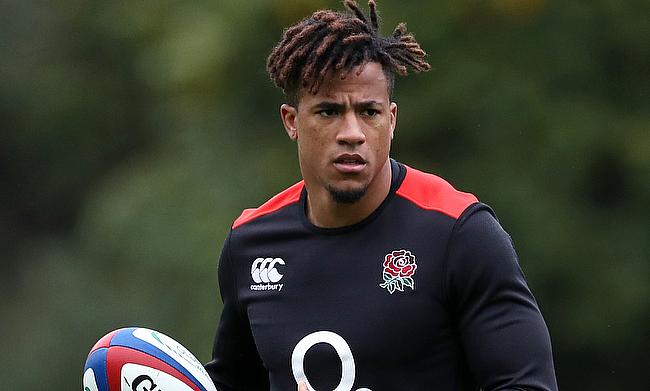 England coach Eddie Jones has made a solitary change in the starting XV for the Autumn Nations Cup final against France to be played at Twickenham Stadium on Sunday.

Anthony Watson, who has recovered from an ankle injury comes at right wing in the place of Jonathan Joseph, who is sidelined with a calf problem.

George Ford retains his fly-half position with Owen Farrell at inside centre partnering in the midfield with Henry Slade while Jonny May is at left wing and Elliot Daly retains his position at fullback.

There are also two fresh additions in the bench with the inclusion of Max Malins and Joe Marchant.

"We're really looking forward to this final, playing France and having another chance to win a trophy this autumn," said Jones.

"We'd like to congratulate the tournament organisers on putting this on in difficult circumstances.

"Over the past two months the players have put in real effort, worked very hard on and off the pitch and have met the protocols and new ways of working.

"This has been another positive learning week with tough, hard training and we're looking forward to getting on the pitch in front of our fans and playing a good game of rugby."