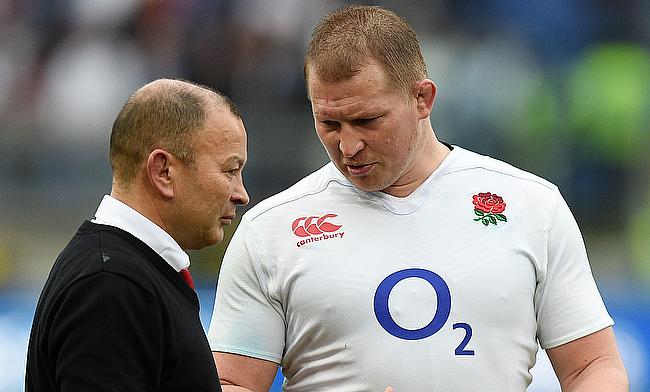 Former England captain Dylan Hartley has backed Eddie Jones to remain as the coach of the red rose team until the 2023 World Cup in France.

Jones, who took over from Stuart Lancaster post the 2015 World Cup debacle guided England to the final of the 2019 World Cup in Japan where they lost to the Springboks. Under Jones, England also went on to win back to back Six Nations titles in 2016 (Grand Slam) and 2017 apart from a series win in Australian soil as well.

The 59-year-old has signed a contract extension with England until the summer of 2021 but Hartley reckons he is the ideal candidate to guide the team in the 2023 showpiece event.

"I don't want to talk about style of rugby and entertaining rugby because ultimately you want to watch winning rugby, but I think we can all be very proud in seeing the way that the team plays.

"I get that feel-good feeling from watching the team play, so I think in terms of coaching, in terms of developing younger players, in terms of winning things, he's done an unbelievable job, so why would you change it?"

It was Jones, who appointed Hartley as captain of England when he took in charge of the side but constant injuries kept him out of the World Cup and he eventually announced retirement from professional rugby earlier this month ending with 97 Test appearances.

England will kick-start the 2020 Six Nations campaign with a clash against France on 2nd February.