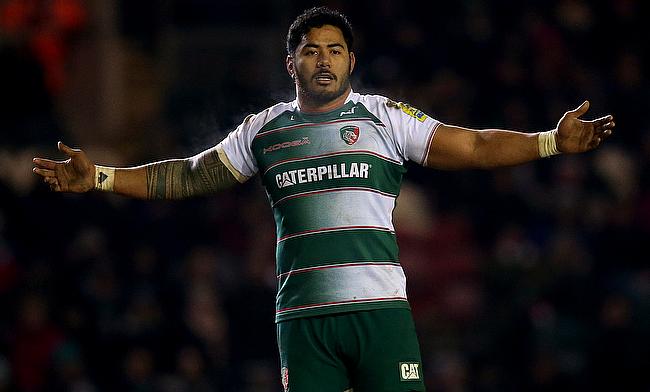 Manu Tuilagi has been with Leicester Tigers in 2009
©PA

England international Manu Tuilagi insisted that he is committed to his club Leicester Tigers until the end of his contract amid speculations of him being linked with switching codes to rugby league.

Tuilagi has been with Leicester Tigers since 2009 and has made 93 Premiership appearances for the club since then despite having a career hampered by series of injuries.

The 28-year-old, who was part of England's recent World Cup campaign signed a contract extension with the Welford Road unit until the end of 2021 and has already rejected an offer from Top 14 club Racing 92 and was also approached by rugby league side Toronto Wolfpack.

Nevertheless, Tuilagi has affirmed that he wants to remain with the Tigers at least until the end of his contract.

“A few years back, even a year ago, I might have had to hang the boots up. Now I know you have to enjoy every moment because you never know when it’s your last game.

“At the moment, I don’t want to look to the future too far ahead. You have to focus on the now, and for me, I’ve two years at Tigers.”

The Tigers had a tough start to the season after managing a solitary win from four games in the Gallagher Premiership that has seen them positioned 11th in the table but managed a 41-20 win over Pau in the opening round of the Challenge Cup.

“At the club we want to be up there with the best in the business and for me, I am looking forward to giving my best to help the club," he added.

Leicester Tigers will face Cardiff Blues in the second round of the Challenge Cup to be played at Cardiff Arms Park on Saturday.