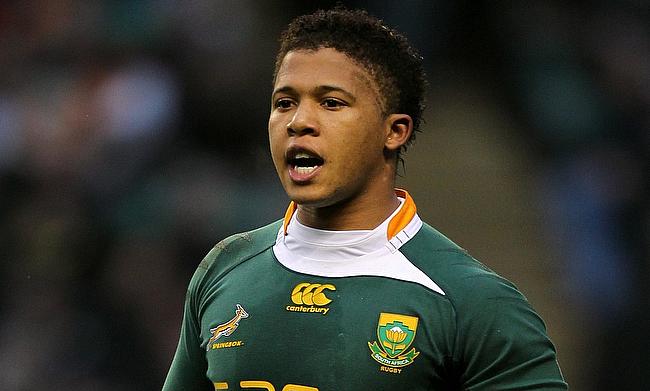 Elton Jantjies ended on the losing side
©PA

Sharks made an incredible second-half comeback as they came from behind to register a 31-24 win over Lions in their Super Rugby encounter at Kings Park Stadium on Saturday.

Despite, the defeat Lions are at the top of the South African Conference while Sharks are positioned third.

The Sharks were given the early penalty kick when Warren Whiteley was penalised and from the resulting line out, Daniel du Preez crossed over to score the opening try. The response from Lions came in the 8th minute when a long pass from Elton Jantjies found Ruan Combrinck, who dotted down. The fly-half converted it to take Lions to a 5-7 lead.

Sharks seized the lead with a 13th minute penalty goal from Robert du Preez but it was only short lived as Cyle Brink produced a moment of brilliance to score Lions' second try in the 17th minute and Jantjies kicked the extras.

As the half time was approaching, Robert du Preez with his second penalty kick reduced the arrears but Malcolm Marx breached the defence of Sharks and offloaded to Kwagga Smith, who dotted down and Jantjies' conversion ensured the visitors headed into the break with an 11-21 lead.

After a sedate start to the second half Sharks got the much-needed breakthrough with a 59th minute try from Andre Esterhuizen. Robert du Preez, who kicked the conversion also traded penalties with Jantjies as Lions maintained a slender 21-24 lead by the end of the 65th minute.

As the closing stage of the game was approaching, Lwazi Mvovo scored the decisive try in the 68th minute to take Sharks into the lead and Robert du Preez slotted a conversion and a penalty to help them complete a 31-24 victory.