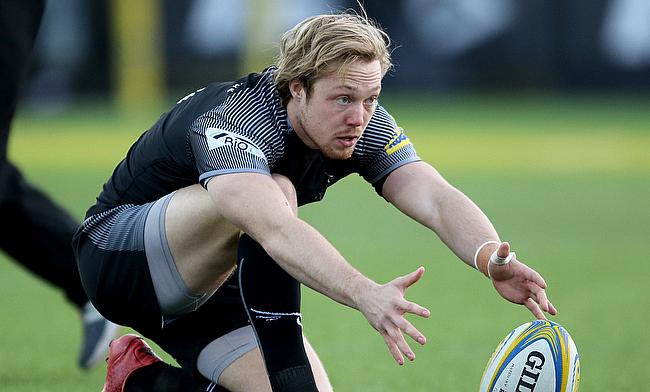 Despite, the defeat, Exeter Chiefs continue to top the table with a five-point lead over second placed Saracens while Newcastle Falcons have moved to the sixth place.

Toby Flood kicked a second minute penalty to begin the proceedings for Newcastle Falcons but Exeter soon went on to level the scores after a three pointer from Gareth Steenson that came following Gary Graham's high tackle on Alec Hepburn.

Joel Hodgson, who took over the kicking from Flood contributed with a conversion and a penalty to take the scoreline to 18-3 by the 30th minute which became 25-3 at half-time after Kyle Cooper dotted down in the 38th minute that was improved by Hodgson.

Five minutes into the second half, Sam Simmonds caught Newcastle asleep with a quickly-taken free-kick to drive over for Exeter's first try as Stenson hit the post with the conversion.

As the pressure was building, Exeter Chiefs scored their second try that came from Olly Woodburn in the 67th minute but once again the conversion was missed. A 77th minute try from replacement Toby Salmon and a conversion from Steenson, the gap came down to five points but Hodgson penalty in the final minute seal an eight-point victory for the Falcons.