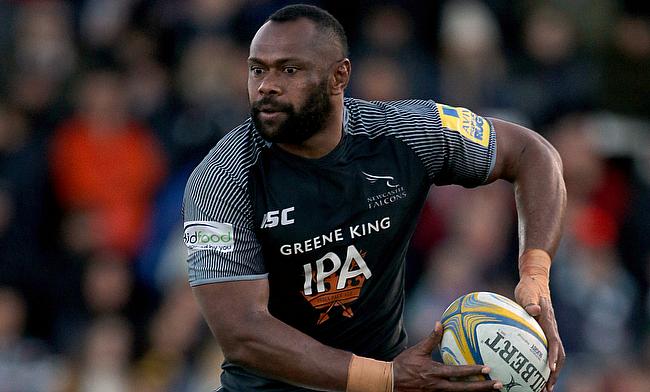 Newcastle Falcons have managed to break into the top six following a 15-20 win over London Irish in their Aviva Premiership clash at Madejski Stadium on Saturday.

Full-back Greig Tonks kicked all of the Irish points with five penalties.

Just three minutes separated Tait's two first-half tries as he took his side from 6-3 down to 15-6 in front.

Tonks had put the Exiles ahead with an early penalty which Flood soon levelled. And when Newcastle infringed in front of their posts at a ruck, Tonks landed another three points from 20 metres.

Tait grabbed the first try of the match when he charged down an attempted clearance kick wide out from home centre Tom Fowlie and ran the ball in from 15 metres.

Flood failed with the conversion but landed a superb shot from the touchline as Tait scored in the same corner after a charge up the middle from scrum-half Sonatane Takulua lead to a cross-kick from centre Juan Pablo Socino that landed perfectly for the Falcons wing.

Newcastle turned the screw in the final minutes of the opening period and only solid Exiles defence kept them out.

But moments after skipper Mike Coman was sent to the sin-bin for a ruck infringement, Newcastle won an attacking line-out and swept the ball wide for Goneva to race into the corner unopposed from 15 metres.

The Exiles puffed and panted on the Newcastle line but, for all their effort, they could not find a path to the try line as handling errors let them down.

The dire second period ground towards a conclusion. At eight points adrift with a handful of minutes left, Tonks tried twice with penalties over 40 metres, and, when his second effort went through the uprights, the crowd reaction was as if they had won the match.

Irish had Newcastle on the ropes in the last minute but a penalty for illegally holding on in the loose finished the game off in the Falcons' favour.