Shaun Edwards rules himself out of Wigan Warriors switch 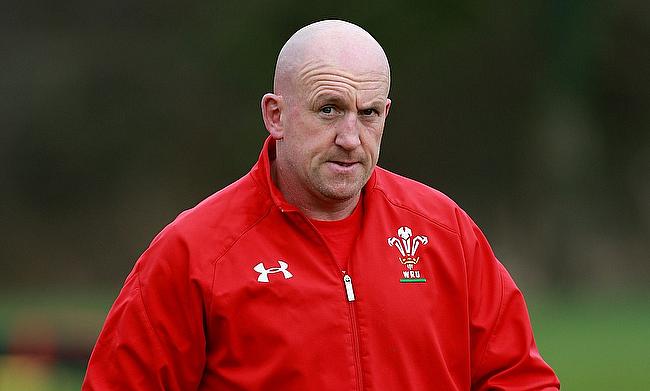 Shaun Edwards played for Wigan Warriors between 1983 and 1997
©PA

Wales defence coach Shaun Edwards has ruled himself out of taking in charge of Super League side Wigan Warriors after the conclusion of the World Cup scheduled this year in Japan.

Edwards' coaching career stint began with London Wasps in 2001 when he joined them as defence coach and went on to take in charge of the club with Warren Gatland moving to New Zealand in 2005. During his time, with the club, Wasps went on to win the English Championship in three successive years - 2003, 2004 and 2005 along with another title triumph in 2008. The club also registered Anglo-Welsh Cup victory in 2006 and a Heineken Cup title a year later.

The 52-year-old joined Wales as defence coach in 2008 under Gatland and has been instrumental in the side winning Grand Slam victories in 2008, 2012 and 2019 as well the Six Nations title in 2013 apart from reaching the semi-final of the World Cup in 2011.

According to Wigan Warriors chairman and owner, Ian Lenagan, it was understood that Edwards agreed in August last year to take the head coach role of the club but has now decided against it.

”I have been conversing with Shaun for a number of weeks since the completion of the Six Nations and, yesterday, Shaun revealed to me that he thought a combination of circumstances meant he would be under-prepared to take on the Wigan head coach job in November 2019.

“He clearly feels that he is not the best man to take the team forward currently and I have to respect and accept this. Like every Wiganer, I wanted Shaun to lead the team and this very honest admission has taken me by surprise.

“I have always admired Shaun and I wish him well with whatever he does next.

“For us now our next steps are to confirm the coaching structure for 2020 and beyond and draw a line under the last few months and give our loyal fans the clarity they deserve.

"I’d like to thank our supporters for their patience and understanding in what has proven to be a very difficult situation to navigate and now we can concentrate on building more strong foundations to drive this wonderful club forward. We will announce our plans in due course.”

Meanwhile, Edwards said that his focus is currently on Wales' World Cup campaign and felt the preparation would not be ideal before he switches to take in charge of Wigan Warriors.

“After much thought and deliberation, I wish to clarify my situation. I will not be taking up the head coaching role at Wigan, the reason being my lack of preparation,” Edwards said on Wigan Warriors’ website.

“World Cup preparations have been brought forward a month and, as a result, I will be unable to spend eight weeks in Australia as planned on rugby league. I feel Wigan need a more experienced rugby league head coach than myself, to give the club and the people of Wigan the best team possible.

“The Wigan deal I recently received is very favourable to all other offers I have had so far. For me, this is not about money, this is about Wigan Warriors getting the best man for the job which, at the moment, I feel is not me.”