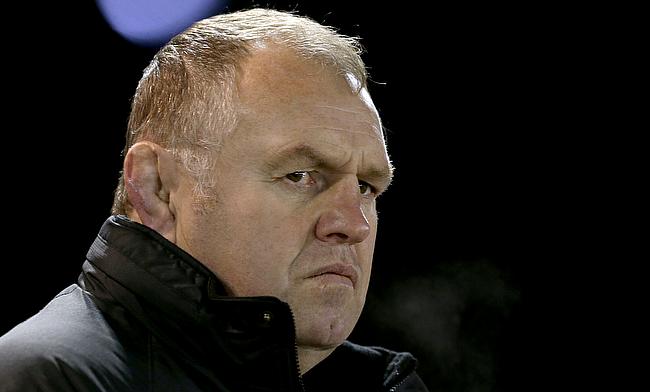 Newcastle Falcons rugby director Dean Richards has admitted that the fierce competition for places among the squad has made his selection process tough ahead of their upcoming home Aviva Premiership game against Leicester Tigers at Kingston Park.

The Falcons are positioned fourth in the Aviva Premiership table with four wins from six games and also top Pool 1 in the European Rugby Challenge Cup after wins over Dragons and Bordeaux-Begles.

"We’ve had two weeks in Europe and kept up the momentum, the beauty of which is that selection has been really difficult this week," said Richards, who joined Newcastle Falcons' coaching panel in 2012.

"Whichever team we go with there will be some boys disappointed at missing out, but we’re in a good place at the moment due to the competition we have for every single position.

"That’s exactly what you want, and the beauty of what we have done over the past six to eight weeks is that we’ve given people opportunities which they’ve taken."

Even though Leicester Tigers started the season with a couple of defeats, they went on to win four straight games in the Aviva Premiership and are currently at the top in Pool 4 of European Champions Cup after registering a 54-29 win over Castres Olympique at home in Round two and Richards has high respect for the Welford Road unit.

"Leicester are a good team and are also coming into this game with momentum from their big European win over Castres last weekend,” he said.

"They’re a hard-nosed team who have a certain amount of finesse – not as much as us, but at the same time they bring a hard edge to their game and a bit of niggle. At times in the past we have struggled a bit against that side of things but we’ll see how things go this weekend, and I’m sure the officials will be on top of certain things that particular players of theirs like to do.

"We have a lot of respect for Leicester and on paper they are an outstanding side, but with the money they’ve spent on their squad they should be in the top four year in, year out. They’ll have been disappointed with the last few years in terms of not winning anything, and ultimately that will be their goal."

The Sunday's encounter will also be the first time since May 2008 that Kingston Park Stadium being a 10,200 sell-out and Richards is looking forward to an exciting contest.

"It will be a fantastic atmosphere here on Sunday and there’s nothing better than Kingston Park when it’s a sell-out.

"I played here when it was like that, the atmosphere is unbelievable and myself and the players are all really looking forward to it.

"Ultimately we’ve got to get it into our head that this is just as big as any other game, and it’s what happens out on the field that really matters. Other things will have to be put to one side, but it should be a great occasion and we’re looking forward to it.”