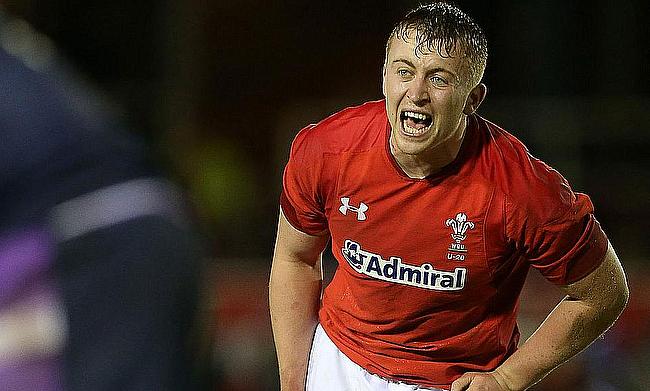 Jonathan Davies to lead Wales during summer Tests
Wales to play Argentina and Canada in July
TRU Talks: Hadleigh Parkes on Wales and life in Japan
Wayne Pivac has got the Wales machine rolling towards the 'ultimate prize'

Wales head coach Wayne Pivac says Jonathan Davies is “over the moon” to be captaining his country this summer after missing out on selection for the British and Irish Lions.

Some feel Davies should have been given a spot in Warren Gatland’s plans for the upcoming Lions tour to South Africa, but the centre is now fully focused on leading Wales against Canada and Argentina.

The likes of Leigh Halfpenny, Ross Moriarty, Cory Hill and Tomas Francis also add a layer of experience to the Welsh team, whilst Pivac named five uncapped players in his squad on Monday.

On Davies, Pivac said: “Jon loves putting on the Welsh jersey. When I gave him the phone call, it was the dreaded phone call within 24 hours of naming a squad. I think he thought he was being left out.

“He was over the moon with being given the opportunity to lead the side. He's got a big leadership role and is going to enjoy that challenge. It gives him something to really focus on while he's with us and if he's on a shortlist for the Lions and if there is a call-up, he's in the right place and ready to go.”

Pivac also voiced his concerns about how beneficial the Pro14 Rainbow Cup has been for his players. The disruption caused by Covid-19 has meant the Welsh provinces will only have played a maximum of five matches ahead of the summer, with the Wales boss admitting some of his squad may need to “top up” on their fitness when they arrive in camp.

Only five players have been picked outside of Wales by Pivac - Will Rowlands [Wasps], Nick Tompkins [Saracens], Callum Sheedy [Bristol Bears], Ioan Lloyd [Bristol Bears] and Francis [Exeter Chiefs] - but some may have expected to see more names included from the Gallagher Premiership.

The highly-rated Tommy Reffell has shone for Leicester Tigers this term and the 22-year-old has also captained Wales at U20 level.

However, the flanker does qualify for England and after impressing for Steve Borthwick’s side, there is a chance Reffell might be snapped up by Eddie Jones when he names his squad on Thursday.

“I'd like to select every young Welsh rugby player and make their dream come true, but seven is a position where we have a lot of good young talent," added Pivac.

“James Botham and Taine Basham have both been in the squad before and have impressed us in our training sessions. Then we've got Jac Morgan and Tommy.

“At the moment, it's certainly the ones playing in Wales who have an advantage. We're comfortable with the ones we've selected as they've got runs on the board in our environment.

“It's no different to other situations where there are dual opportunities. We're not going to select players to stop them from playing for another country. I don't think that's the right thing to do to get a guy capped and then not use him.”

Reffell wasn’t the only English-based player mentioned in Pivac’s press conference. He revealed he had recently visited Bristol to catch up with Sheedy and Lloyd as well as the other players eligible for Wales, including back-rower Dan Thomas.

Similarly to Reffell, the 27-year-old has been a key cog in the Bears’ strong season so far, but he only remains on Pivac’s radar: “I had a chat with Dan when I was down at Bristol a few weeks ago. He is on our Exiles list where we get their games and pull them apart each week.

“As I said in relation to the other players, we’ve gone with the two we have and, remember, Josh Navidi is ultimately a seven who can play six and eight and does it very, very well. We think we’re well stocked at seven with Tips [Justin Tipuric] to come back into the fold later on.”

But in terms of the Premiership players selected by Pivac, Lloyd is one of the most exciting prospects in the Wales party and his versatility has stood out for the head coach. “If we asked him to play on the wing, at full-back or at 10, he’d jump at the chance,” he said.

“He’s a very young man who is still developing his game and learning a lot each time he goes out on the field with Bristol. There are some fantastic players there for him to learn from.

"We think he can do a job on the wing for us. He’s had a taste at full-back, he’s played on the wing and we know he can play 10, which is where he’s played most of his rugby.

“It’s not hurting his work at 10 by playing at full-back or in the back three. I think he’ll be a better all-round player for it. Ultimately, there will be a position he wants to play long term, but at the moment, I think he’s at the age [20] where he’s still learning.

“He can play in more than one position, which is not a bad thing to do at that age.”