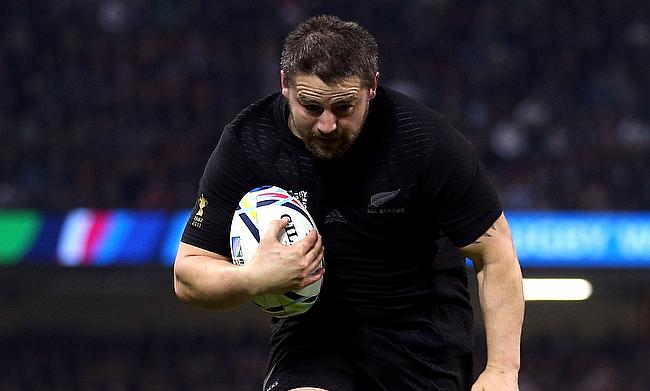 New Zealand international Dane Coles revealed that he contemplated retirement after he was sidelined for over four months with a concussion.

The 30-year-old sustained the injury while representing his Super Rugby club Hurricanes during the clash against Highlanders on 18th March and has been out of action since then.

The 6ft hooker is likely to be part of defending champions during the all important quarter-final clash against Brumbies in Canberra on Friday after making sufficient progress.

Speaking about the lay-off period, Coles admitted that it was frustrating and even pushed him to think about quitting the game until he turned to external help.

"I got into a bit of a dark place. I couldn't even do any exercise and I had conversations with my partner about retirement. It was really hard. I love playing footy, it's my job and I couldn't do it," Coles said.

"There were a lot of days thinking about it, it was constantly on my mind and it wasn't till I saw a sports psychologist I was referred to, that put some structure in my life and the way I was thinking. I was quite negative, not in a bad way, just thinking 'this might be it'."

Coles will be playing his first game in 125 days on Friday and it will be a critical knock-out game that Hurricanes need to win, if they are to keep their hopes of retaining the title alive. Despite, having all the experience under his belt, Coles admitted that he will be touch nervous when he takes the field in Canberra.

"I'm pretty nervous, to be honest. Confident I can get through it but just being out of the game for so long, there's mixed emotions.

"Happy to be back and I can't wait to get out there and just play footy. It's been the hardest four months I've ever been through in my rugby career.

"There's obviously a bit of fear, that's usual. Knowing the way I play and my attitude, once I'm in the thick of it I'll be just thinking about playing footy.

"I've trained with the Canes boys for a couple of weeks and I've been getting into them at training. I've just built up my contact and getting that belief and confidence back and I'm in a good spot."

Meanwhile, Hurricanes head coach Chris Boyd is expecting Coles to take over the captaincy on his return.

"When he comes on he'll take over the captaincy and he'll assume the reins and I think you'll find he'll take control," he said.