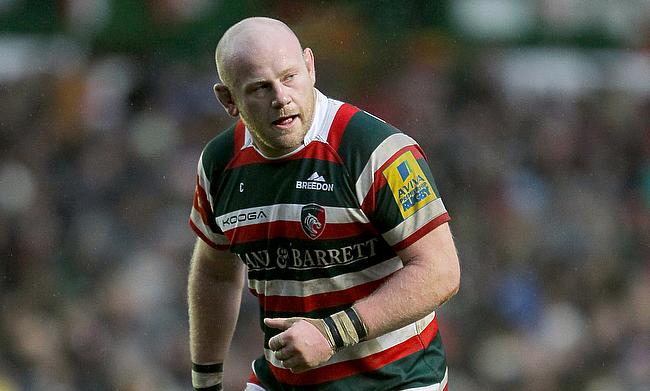 Leicester Tigers were thrashed 0-43 by Glasgow Warriors in the final game of the group stage in the European Champions Cup on Saturday which saw them crashing out of the tournament with just eight points from six games.

Things went from bad to worse for Welford Road outfit as they decided to suspend lock Ed Slater for two weeks following an internal disciplinary hearing after he was found guilty of striking an opponent during the game against Glasgow.

Earlier, the club sacked rugby director Richard Cockerill from the post allowing his assistant and former All Blacks centre Aaron Mauger to take over the interim coaching role.

England's World Cup winning captain and Leicester legend Martin Johnson has been discussed as a possible replacement for Cockerill while former Springboks coach Heyneke Meyer is also in contention.

Citing the example of England team, whose fortunes were revived by Eddie Jones, Cole believes a mixture of overseas and local greats will be the way to go forward.

"Eddie, an Australian, has been able to take over the England team and win," Cole said.

"At Leicester, we're probably at our best with a Richard Cockerill and Dean Richards supplemented by a Matt O'Connor or Aaron Mauger - someone who gets more out of us than just traditional Leicester ways.

"There are some very good things at the club that you just don't throw away because you need them, but we work best when you have a marriage of the outside with the inside.

"We need to find someone who marries Leicester's traditional identity to what you need in the modern game - someone like Eddie with England, who doesn't make us play like Australia."

Between 2006/07 season and 2012/13 season, Leicester Tigers have won four championship from the seven they featured in. However, they have been into a dreadful season this time, after already dropping out of the play-offs in the Aviva Premiership and also missing the knock-out stages of Champions Cup.

Earlier this season, they were also thrashed by Munster with a margin of 0-38 but Cole admitted that the recent 0-43 defeat to Glasgow was very frustrating.

"It wasn't one of the finest moments of my rugby career. Aaron Mauger says it was an embarrassment," the England tighthead said.

"We came up against a very good Glasgow side, but it shouldn't have been a 43-0. We should be better than that. It was probably one of the worst defeats in the club's history.

"Unfortunately, it's not out of the blue. We've had a couple of poor results now. It is not so much a shock, but it is a wake-up call.

"It's not just a recruitment thing. When you lose 43-0, it's more than one thing that's the problem. I think it is a combination of everything really."

When asked if recent results could indicate long-term malaise at Welford Road, Cole said: "I would hope not.

"The core of the group, the coaches, the board, the fans, the players won't accept being mediocre. The fan base will not accept us being average."