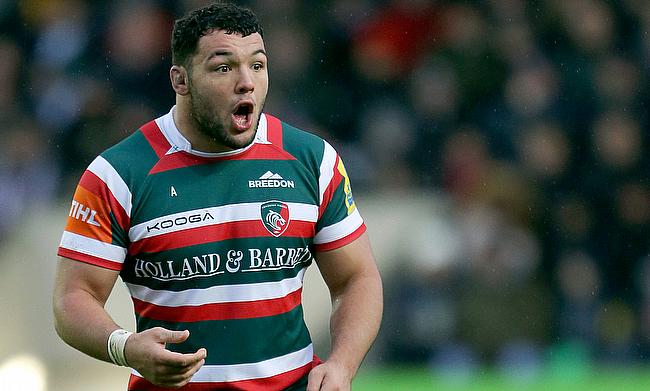 Leicester prop Ellis Genge has been recalled by England
©PA

Ellis Genge has been recalled to England's squad for their RBS 6 Nations title defence just weeks after being dropped by Eddie Jones.

Genge broke into the national set-up last year, made his debut as a replacement against Wales in May and was an ever-present on the fringes of the team for the remainder of 2016 only to be axed from the Elite Player Squad on December 31.

Strong performances for Leicester against Munster, Saracens and Wasps have catapulted the combative front row back into contention, however.

"This time last year I said that the long-term strategy for England is to develop a side who can be the most dominant team in world rugby," Jones said.

"Obviously I've been pleased with how the team's progressing, but there's still plenty to improve on. We always want to get better, every training session, every game."

Three uncapped players have been named in a squad notable for the lack of surprise picks with back row Mike Williams, prop Nathan Catt and fly-half Alex Lozowski included.

Catt is competing with Genge to supply loosehead cover for Matt Mullan, who profits himself from injuries to Mako Vunipola and Joe Marler.

"I've been impressed with the three uncapped players named in the squad," Jones said.

"They're all guys who have great physical capabilities and they all have a desire to improve. With a number of injuries to some key players it's a great opportunity for them.

"It's good to welcome back a number of players who weren't with us during the autumn.

"Maro Itoje has done well for his club, as has Jack Nowell. James Haskell was magnificent for England last year and is a fierce player.

"Anthony Watson has been a fine player for England and is one the most prolific try scorers for the number of Tests he has played.

"We are looking forward to those guys coming in and challenging for a spot and adding strength.

"At the start of last year's Six Nations I probably didn't realise the enormity of the tournament and how intense the rivalry is between the countries, so this year we'll be better prepared for it and we are looking forward to being daring in our game against France on 4 February."

Jones has appointed visual awareness coach Dr Sherylle Calder to his backroom staff with the South African due to work with the squad on a consultancy basis.

Dr Calder has been recruited to improve the players' peripheral vision, their reaction times and co-ordination and has worked with two World Cup-winning teams in England in 2003 and South Africa in 2007.

"For us this year is about building really strong foundations for the team and making sure our fundamental skills are improving," Jones said.

"Part of that is hand-eye co-ordination and our ability to handle the ball adroitly - Dr Sherylle Calder is an expert in that field.

"She has won two gold medals, 2003 with England and 2007 with South Africa, I used her extensively when I coached in Japan and had success with her then.

"I think she is really going to add an edge to the players' preparation."