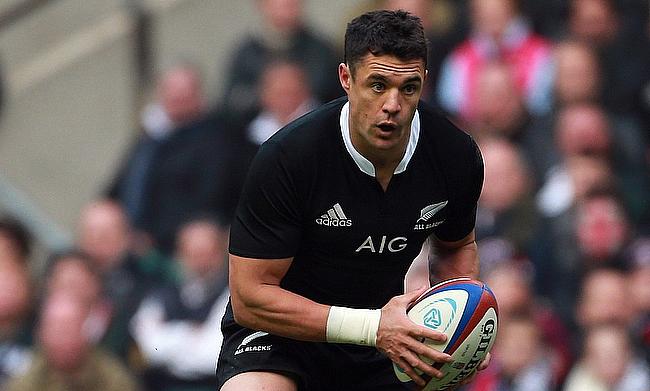 All Blacks legend Dan Carter said he is unlikely to play for Auckland Blues in the ongoing Super Rugby Aotearoa competition.

The Blues currently have five wins from seven games and will have a bye next round before locking horns with 10-time champions Crusaders in the final round.

Carter, who is among the 20 international players to have won dual World Cups that came for the All Blacks in the 2011 and 2015 World Cups was signed by Blues ahead of the competition after his stint with Kobelco Steelers ended early following the pandemic coronavirus.

The 38-year-old was expected to feature for Blues at later stages of the tournament but a minor calf injury prevented his debut for the club. He also added that injuries are taking longer-time to heal than before.

"I wasn't really expecting to (play) to be honest, unless there was an injury to Beauden (Barrett) or Otere (Black)," Carter said.

"Both of those boys have been on fire over the past couple of months, so I'm happy to just contribute and helping out the team whatever way I can."

Carter played for Crusaders between 2003 and 2015 but Blues assistant coach Tana Umaga said a farewell for the veteran fly-half is unlikely unless he becomes fully fit.

"I don't think that's fair to him, fair to the team, or fair to the people. He knows his body better than anyone."