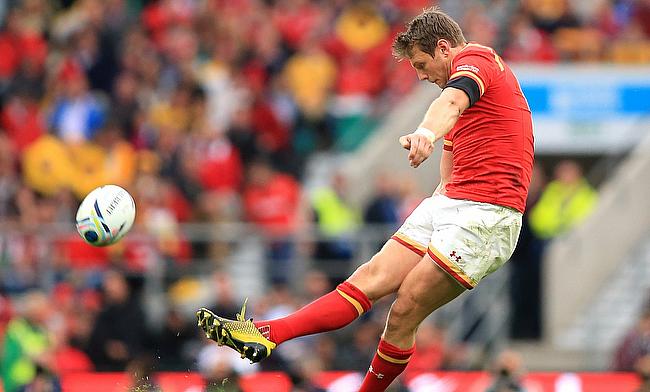 Ospreys and Wales fly-half Dan Biggar has committed his future to both his region and to Wales by re-signing a national dual contract.

Biggar, who starred for Wales at the Rugby World Cup, will remain with his home-town region, with an option through until the 2019 Rugby World Cup in Japan.

The 26-year-old, who only signed his initial national dual contract back in March 2015, has put pen to paper on a new long-term deal to become the first of the currently 17 centrally contracted players to re-sign.

Welsh Rugby Union group chief executive Martyn Phillips, said: "We are delighted Dan has committed his future to the Ospreys and will be remaining in Wales.

"It is another landmark moment for national dual contracts in Wales as Dan becomes the first player to re-sign a deal and it is evidence of our close working relationship with the region to ensure our top players remain in Wales."

Biggar said: "It's taken a little while to get to the point where everyone is happy with the deal, but I'm glad to have the next couple of years sorted and I can continue to play for Wales and, week in, week out, for the Ospreys.

"Hopefully others will follow suit and we can continue to grow a strong player base in Wales."

Ospreys rugby general manager Andrew Millward said: "This is great news for the Ospreys, and for Welsh rugby. Development from within is at the heart of everything we do at the region and Dan is Ospreys born and bred, proud to represent his home region, as everybody knows.

"He has been a consistent performer for the region, year in, year out, and has now taken that form into the national squad with some standout performances during 2015."

The national dual contract structure was agreed by the WRU and the four regions under the terms of their joint Rugby Services Agreement in order to keep the best playing talent in Wales playing for one of the four professional Welsh teams.