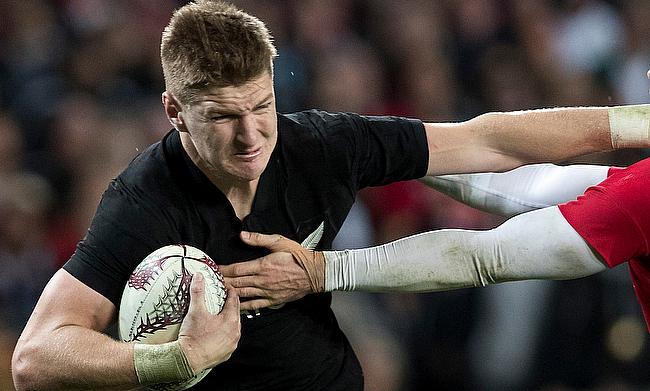 All Blacks fullback Jordie Barrett believes the Covid-19 outbreak ahead of the series against Ireland will motivate the team to perform better.

New Zealand head coach Ian Foster along with assistants John Plumtree and Scott McLeod have tested positive for Covid-19 along with three players Will Jordan, David Havili and Jack Goodhue.

All six of them have been isolated from the squad and New Zealand Rugby have turned to former Ireland coach Joe Schmidt to help them in the preparations.

Despite the setback, Barrett feels the squad is determined to put on a good show in the tour opener on 2nd July at Eden Park in Auckland.

“You kind of flip it on its head and it’s a good opportunity, especially at the start of the campaign, for players to take a bit more ownership and responsibility and understand their own game and the team game and what we’re trying to achieve in these three weeks,” he said.

“It’s not ideal. You lose a bit of edge around some important people in the environment, but I’m taking a positive approach to it, like the team, and trying to use it as a time to galvanise as a group.

“It happened on a Sunday, Monday and Tuesday. It’s a blessing it happened this early in the week. Any later and it disrupts team combinations and detail around training.

"But it’s happened early, we’ve been in this Covid sphere for a couple of years now, and we’ve been dealing with it during Super Rugby, we dealt with it last year on the northern tour, so we’re just going to take it in our stride.”